ANOTHER MYSTERY TO SOLVE! 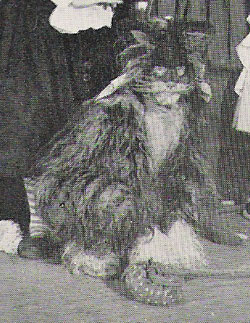 Regular readers of IBY will know that we like nothing better than to solve pantomime mysteries! Not why Jack went up the Beanstalk, although that's a thought, but putting history behind pictures and memorabilia discoveries! We've even managed to unite distant relatives - who said Pantomime was just for the Christmas period! 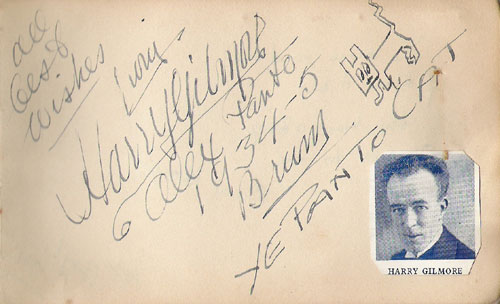 This mystery starts with an autograph book, which belonged to the performer Harry Gilmore, turning up with Pantomime enthusiast David Hartshorne - a regular IBY reader! He started to piece some history together and discovered that Harry started his career at the Alhambra Theatre, Plymouth on the 24th December 1906, thus began his career as Thomas The Cat until his last recorded pantomime in 1939. But did it end there - we hope to fill in some of the blanks. He died in the 1960's but his family were unaware of the pantomime feline legacy that he left behind.

David has managed to piece together the last 25 years of Harry's recorded pantomime appearances in Dick Whittington:-

NOTE C - There was also a 5 week run at the Repertory Theatre, Nottingham 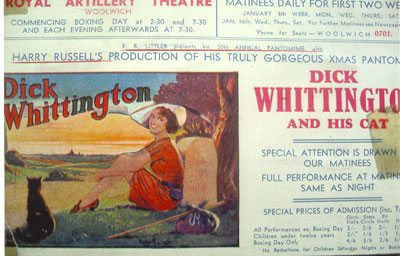 Was this the pantomime from 1924/5 at the Royal Artillery Theatre in Woolwich (run by the Littlers) which Harry appeared in?

The following picture is taken from the Clarkson Rose's book of the last pantomime at the Old Alexandra Theatre in Birmingham - it is from the 1934/5 season and featured Jack Williams as Dame, as well as Clarkson as Alderman Fitzwarren plus, of course, Harry as Thomas The Cat. 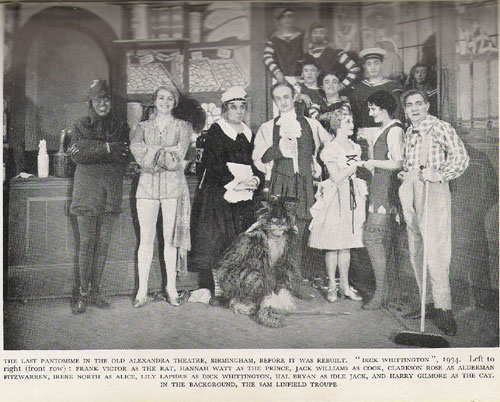 We are very grateful to Stella Dennant for supplying us with this obituary from March 20th 1959. 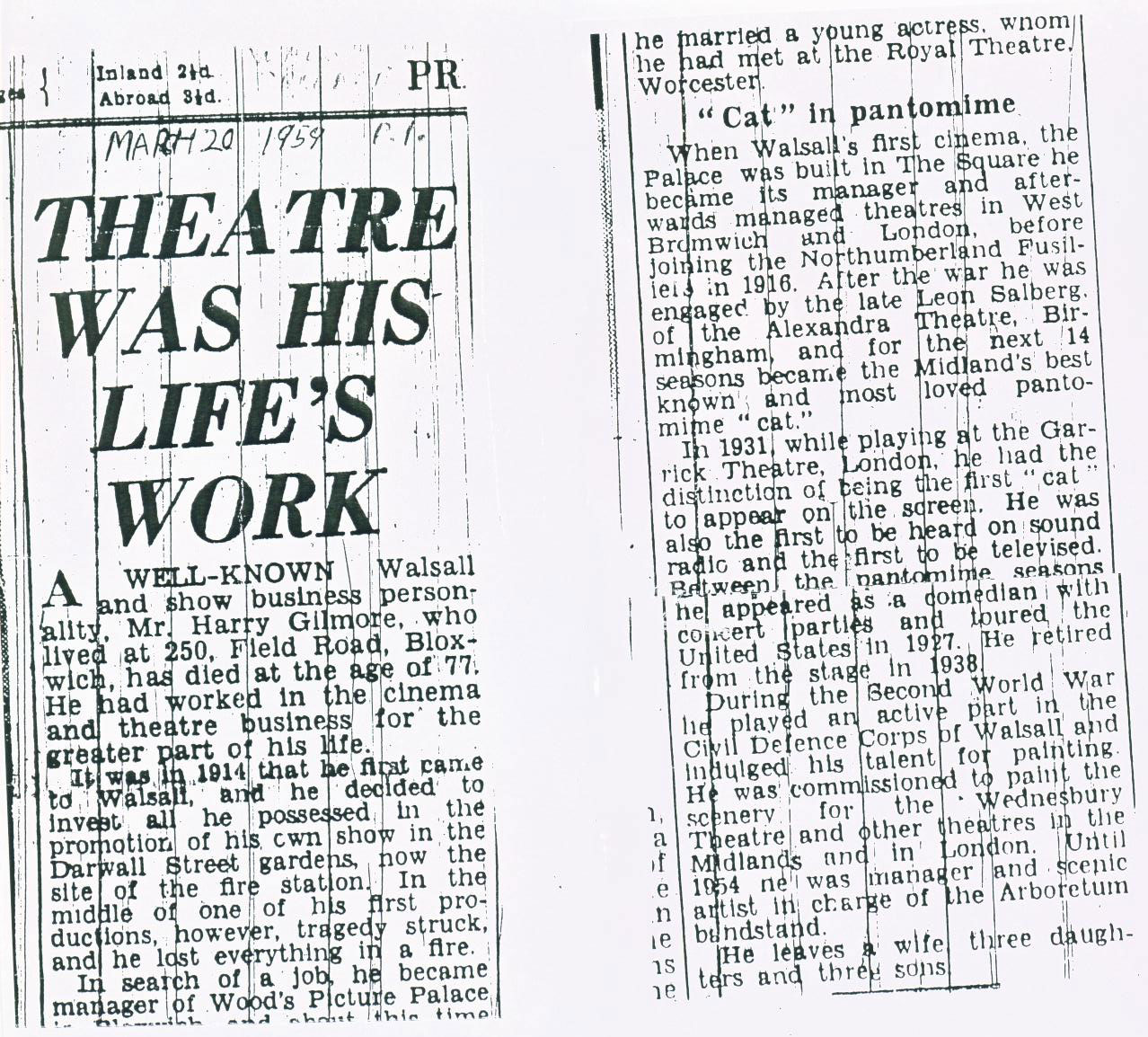 We have received some new information from Kathy and Colin Gilmore, including a number of fantastic pictures/scans which we use with permission.

They have advised us that Harry was the very first pantomime cat to appear on television in 1936, although our own television panto list shows the first to be Fred Douglas in 1932 - but this is unconfirmed. 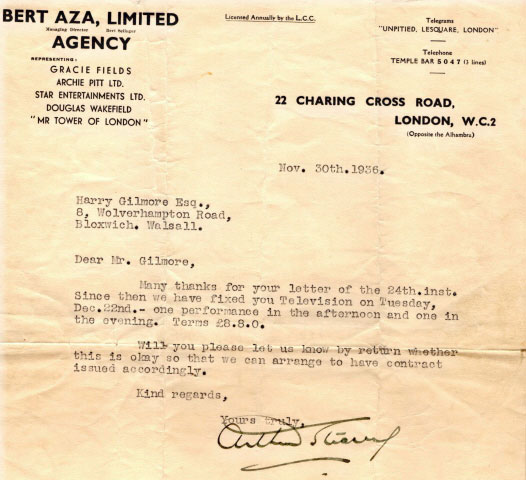 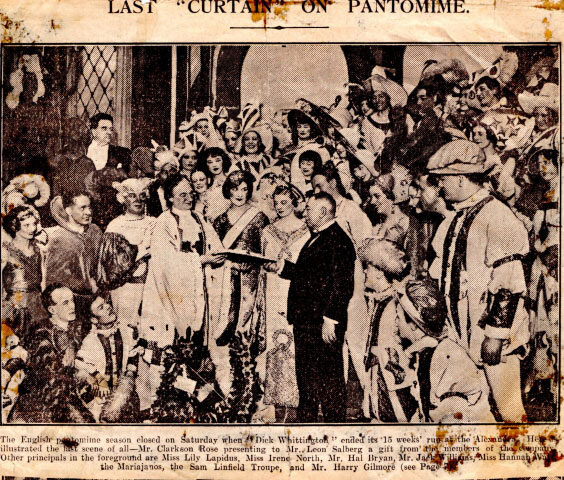 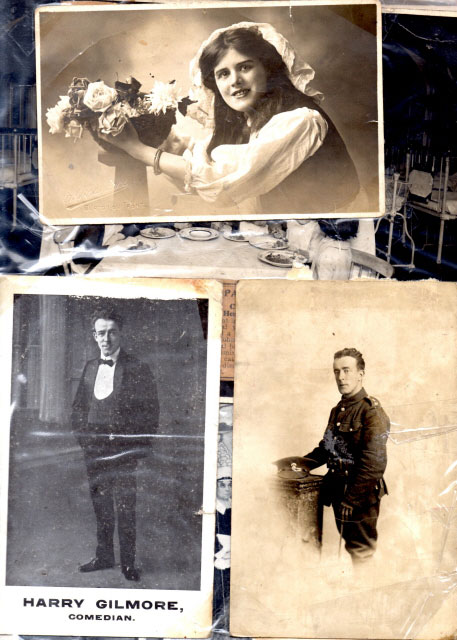 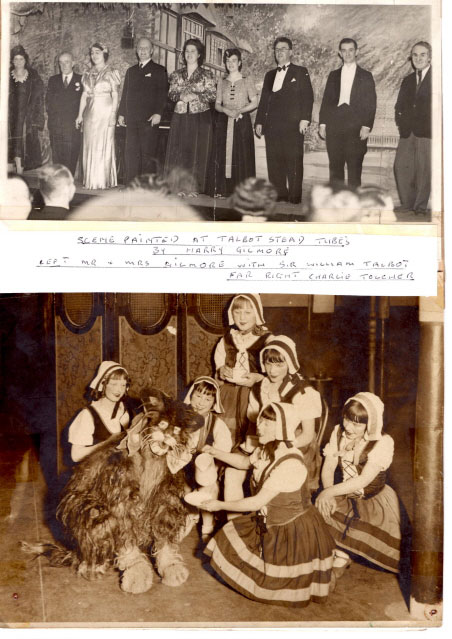 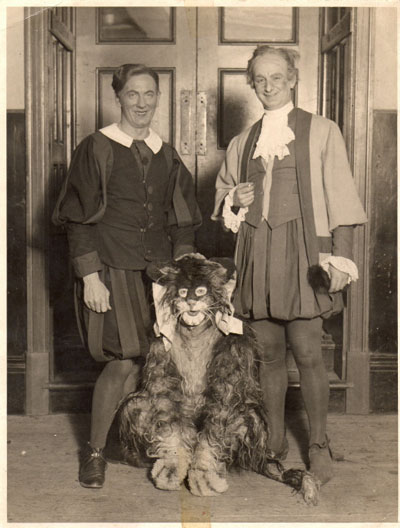 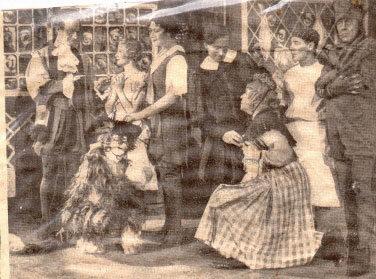 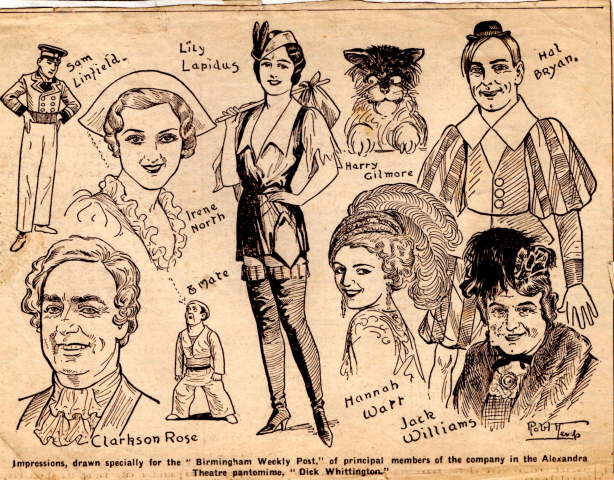 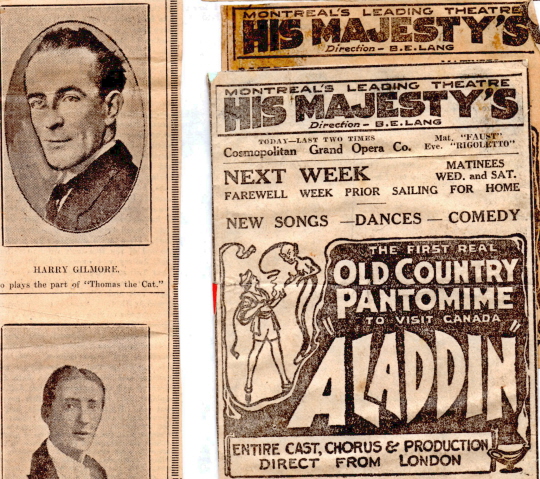 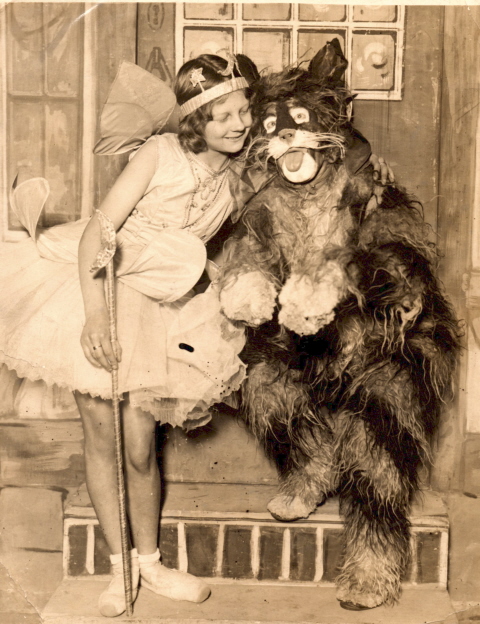 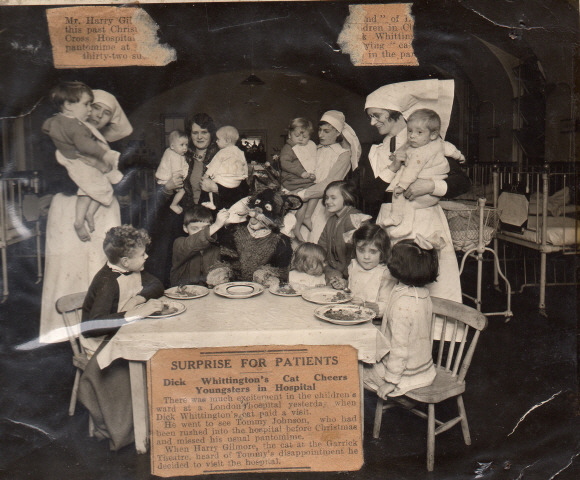 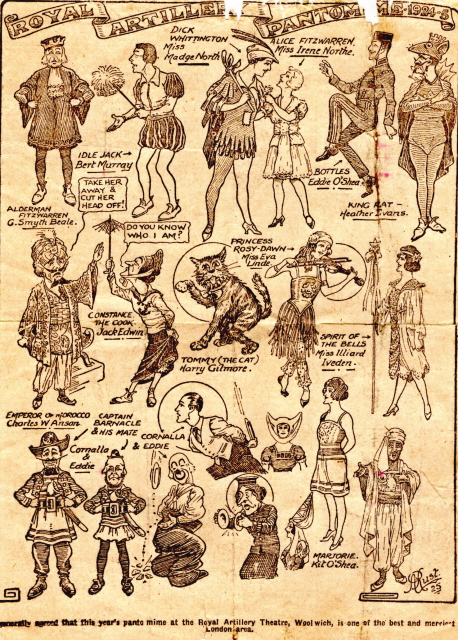 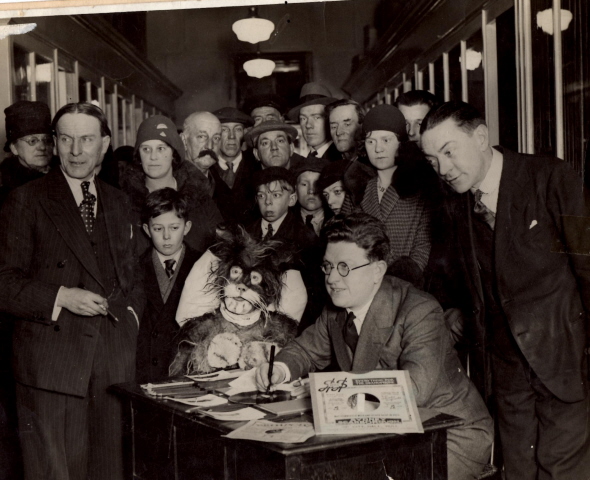 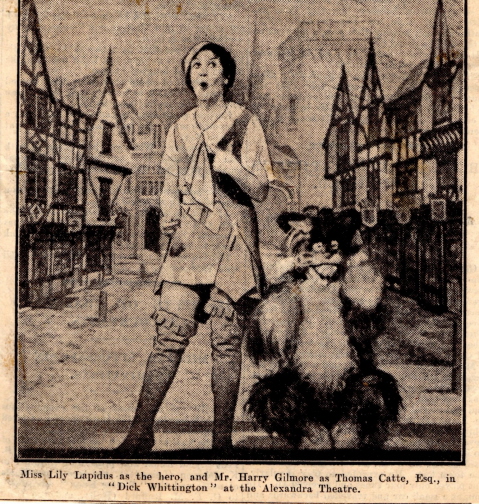 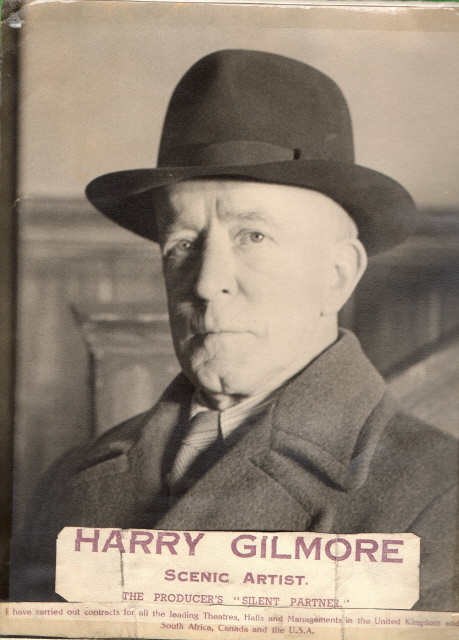 If you have any information or pictures about Harry Gilmore, please email us at IBY and we will continue to build the profile of Harry Gilmore - the veteran Pantomime Cat! 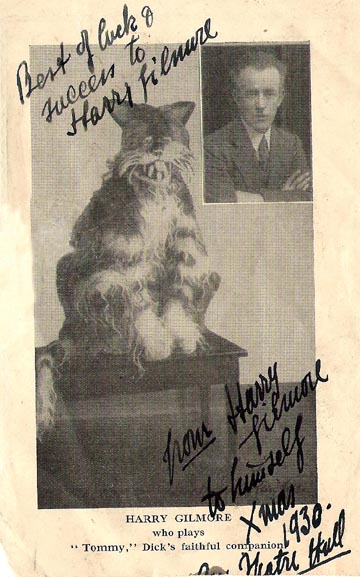