Each year, for the past ten years, The Kenneth More Theatre has staged The Annual London Mayors’ Pantomime.

This year, the eleventh in succession was no exception, and invitations were issued by The Mayor Of Redbridge, Councillor Mrs.Joyce Ryan to the  Mayors of London’s 32 Boroughs. 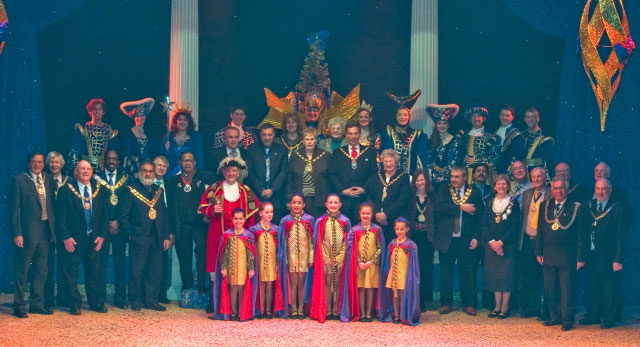 The Mayors of each Borough were invited to bring along two children to attend a party  at Redbridge Town Hall, followed by a performance of the pantomime- this year “Jack And The Beanstalk” at the Theatre. 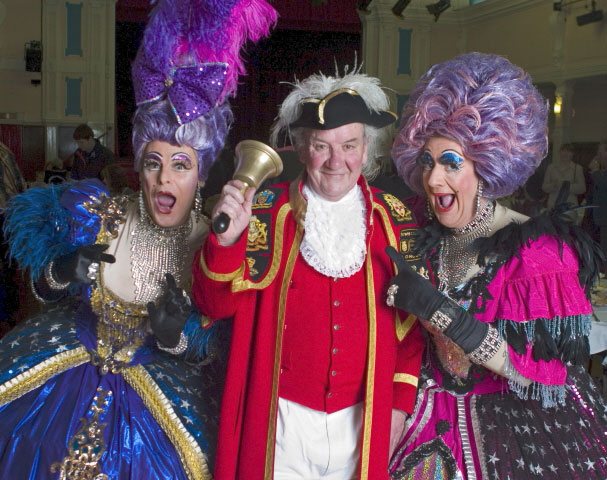 The Sisters and Peter Moore

Peter Robbins and Nigel Ellacott were delighted to be asked to meet and greet the distinguished guests as The Ugly Sisters! Along with London’s Official Town Crier, Peter Moore, they were accompanied by William Dignon as Prince Charming. 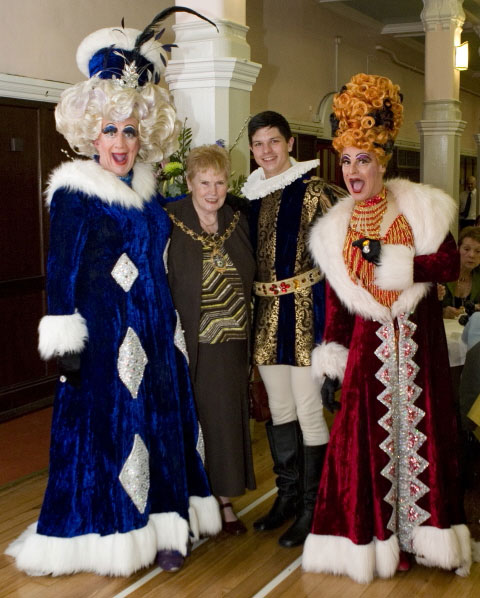 Redbridge’s Pearly Queen, Peggy Oliver was in attendance, and the children were entertained during their tea party by a magician, and visitations by the Ugly Sisters! 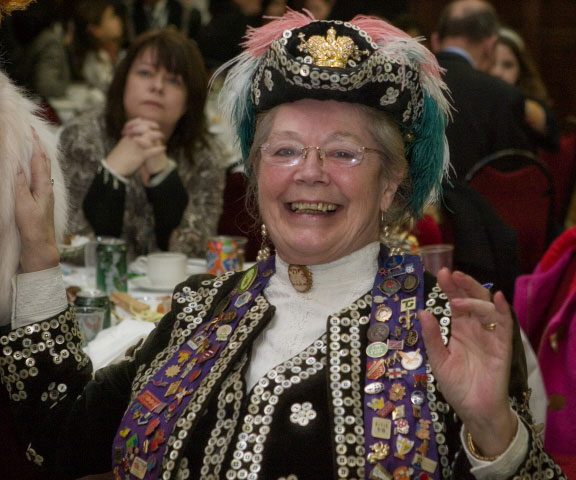 The Panto at Ilford is a family affair, with Nigel’s Brother, Vivyan directing the pantomime and running the theatre. Vivyan Ellacott is a Freeman of the Borough of Redbridge. The pantomime was written and costumed by Nigel, and today was a trip down memory lane for him and Peter. 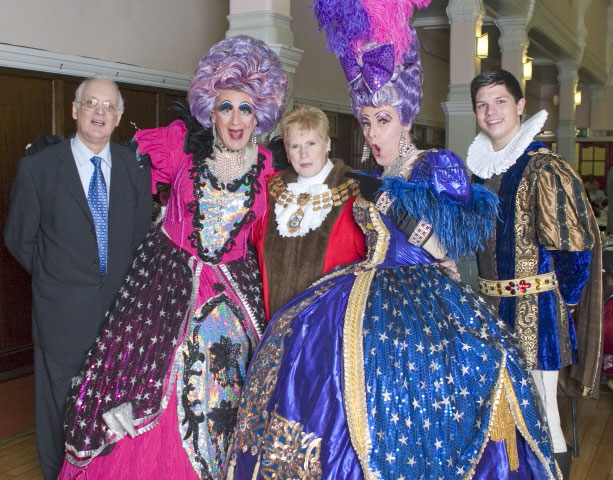 It was at the Kenneth More Theatre in 1981 that Peter and Nigel first performed as the Ugly Sisters! This year is the KMT’s 33rd pantomime. During this time Robert Quarry has appeared in each and every  panto, -this year he plays The Squire.

I wonder if there is anyone else out there in Pantoland that can beat Robert’s record? Thirty-Three  consecutive annual pantomimes in the same theatre? 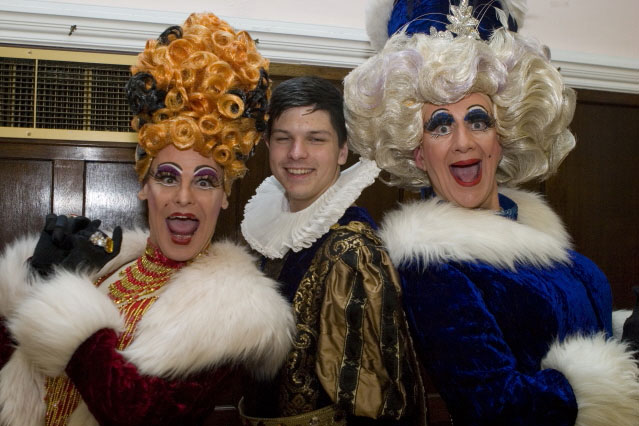 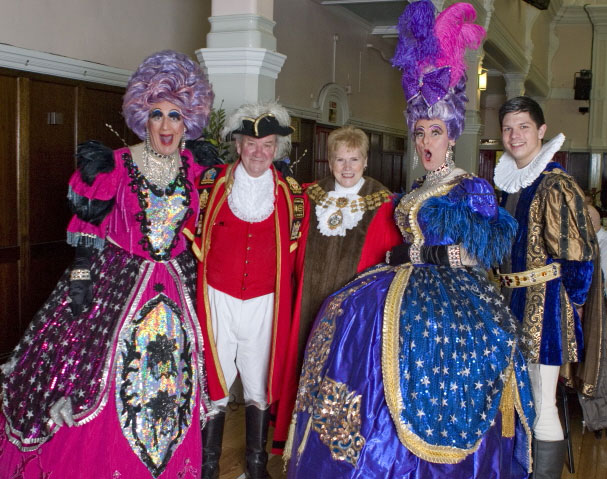 Peter and Nigel were especially pleased to be asked to take part in  this event. The Mayor, Joyce Ryan is a great supporter of theatre and the arts in Redbridge and in East London.