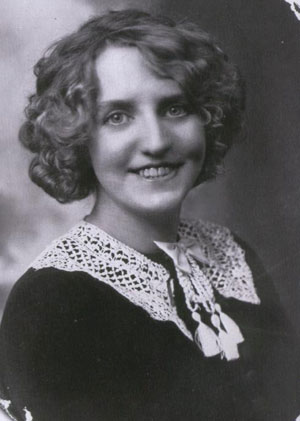 Lilian Alice Hassall, ‘Lillie’, was born on 22nd October 1884 and lived with her parents and three older brothers at 64 Whitehorse Road, 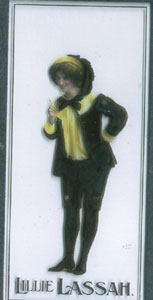 Croydon, London.   Lillie grew up in a flat over the greengrocers shop owned by her parents in Whitehorse Road.  The whole family was involved in running the shop as Lillie’s mother, Julia kept the accounts and Lillie’s brothers helped their father with deliveries.  Lillie’s mother was from a musical family and she encouraged Lillie’s interest in music from an early age.  Lillie’s maternal grandfather and great grandfather were teachers of music from the town of Beaconsfield in Buckinghamshire and others among her family were also musically gifted.  From a very young age Lillie learned to sing and tap dance.  She was also very fit and nimble and could do “the splits” and raise her foot over her head. Lillie was also very well educated, her school books indicate a love of language and arts.  She studied French as well as the usual subjects and also etiquette which was considered most important for a well brought up young lady of her time.

When she was about 12 Lillie was ‘discovered’ by a theatrical agent who heard her singing upstairs when he was making a purchase in the greengrocer’s shop. She was signed up to perform and adopted the stage name “Lillie Lassah” by taking her last name ‘Hassall’ and turning it back to front and dropping one ‘L’. 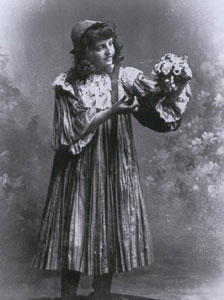 Lillie’s career began thus around 1896, singing and tap dancing in London theatres always chaperoned by her mother Julia.  Lillie performed many of the popular songs of the time which were appropriate to her age and had some written specially for her as her popularity grew.  ‘Will You Be My Hollyhock’ and ‘Hello Hello who’s your lady friend’, were two favourites and she often dressed in character for instance wearing a battered top hat and tails while she sang a song about a tramp down on his luck by Big Ben.  When she was in her early 20s, Lillie met Jim McCarthy, a charismatic Irish immigrant and theatre manager and promoter in London.  Love blossomed and the pair married in 1908 and had a daughter in 1909 and a son in 1913.  Lillie then incorporated many Irish songs into her performances “My Irish Molly” which was one of her favourites, “When Irish Eyes are Smiling” and “Mother Macree” which were all very popular.  She would adopt an Irish accent or cockney accent according to the song she was singing.

Lillie loved performing and was very hardworking, at times being the main ‘breadwinner’ in the family as Jim’s 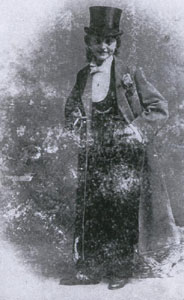 employment had its ups and downs. Lillie performed for the troops in the first world war singing the famous songs of the time “Take me back to dear old Blighty” etc. Lillie’s career expanded as she became a pantomime ‘principal boy’; her colourful costumes included beautiful crushed velvet shorts and jackets in purples, greens or browns with tamoshanter hats and thigh high boots in gold or silver.  Aladdin was one of her favourite pantomime roles.

Lillie had many amusing tales to tell about her performances in the theatre. On one occasion she was in the middle of a song when the stage trapdoor on which she was standing became faulty and the platform suddenly lowered her out of sight of the audience.  Like the trouper she was Lillie kept on singing the words of the song “Hello, Hello, it’s a different girl again!” as the platform raised her back to the stage level – the audience loved it and applauded loudly thinking it was all part of the act.

As Lillie’s popularity grew she toured the country, usually accompanied by her mother. She performed at provincial theatres where she was always well received and later, during the second world war, at working men’s clubs.  Lillie received many fan letters and much attention while on tour but always her heart remained with her husband and family in London. When touring she would keep in touch with Jim and the children in London by letter or telegram.   Jim McCarthy, her husband, was Theatre Manager at the Battersea Palace Theatre around 1912 and then the Granville Theatre in Walham Green, Fulham in the early 1920s as well as several other London Theatres.  Lillie and Jim were a colourful couple and very popular socially with the theatrical set in London – they entertained many well known ‘society’ people of the time. 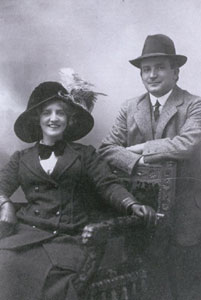 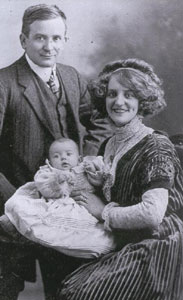 Eventually Lillie’s performing days were over and she retired to live in Clapham, London SW4 however she still maintained contact with many of her friends from the Music Hall days such as Marie Kendall and Ida Barr and was an avid reader of “The Stage”.   Lillie’s last public performance was on the Wilfrid Pickles TV show in the 1950s - it was a special Music Hall event bringing together many of the old “variety artistes’ of the past.  Lillie died in 1973 and is buried in Streatham Cemetery along with her much loved husband Jim. 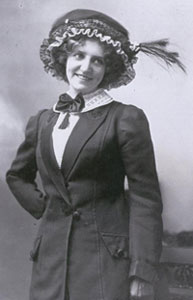 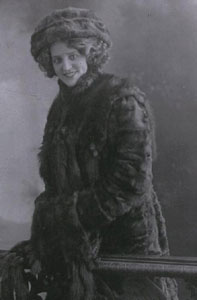 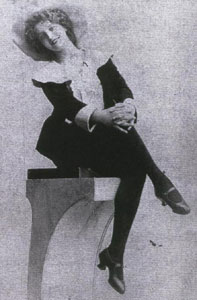