Pantomimes - More or Less Over 90 Years?

It's always been known that Pantomime provides a 'lifeline' to many local theatres, and that profits from the panto season contribute a great deal towards maintaining live theatre through the rest of the year.   The cynical have always been ready to point out that 'panto isn't what it used to be'  and they are right!  Pantomime as an industry, a business, an art form and a contributor to the overall theatrical scene is almost TWICE as important today as it used to be.

I was reading an old article from 1920, praising the fact that, now the War was over, things were getting back to normal, and the pantomime season was bigger than ever.  More and more performers were in work, and the largest number of productions for many years was currently being performed.  The article pointed out there were 20 pantomimes being staged in London and the suburbs, and 103 in provincial theatres up and down the country.  A small number of these were touring pantos, and, after a few weeks run in their opening venue, would then go on to play weeks, and even half-weeks in even more venues up and down the country.

That set me wondering how that compares with today  and thanks to the its-behind-you performance diary I made a fascinating discovery:  in 2012 there were 20 pantomimes being staged in London and what are now called the Outer Boroughs (not the suburbs any more!), and an astonishing 187 in what are now called the Regions (they are no longer 'provincial' theatres!)

So, ninety-two years later, panto business has grown enormously with 84 more productions being staffed over the Christmas period (not counting the touring ones!)

Pantomimes that have disappeared over the past years:

Babes in the Wood

WHY did some of the favourites disappear?:  Part of the story of 'Babes in the Wood' has been merged into the Robin Hood pantomime, and certainly the original tale of murdering two children for their money doesn't sit too happily in today's world. This might also account for the loss of 'Red Riding Hood'  cutting open the wolf to release Granny from his stomach is not exactly child friendly for today's audiences.

'Jack and Jill', 'Goody Two Shoes' and 'Humpty Dumpty' are possibly too lacking in plot to satisfy today's audiences, where the pantomimes are more plot-driven and rely less on outside speciality acts and variety turns to pad out the story.

Pantomimes that have newly appeared:

Beauty and the Beast

WHERE did these new pantomimes come from?:  The interesting thing about most, if not all, the new subjects is that they have all been made into successful films  the majority as Disney films.  Since most of the original stories were in the public domain, it was possible to turn them into pantomimes.  'Beauty and the Beast' has become a favourite subject since the 1991 Disney film, but the copyright extends to such things as costume design, character names, and songs, meaning pantomime scripts for this story have to be carefully adapted to avoid legal problems.

The same applies to 'Snow White' (Disney 1937) , for, although the original fairy-tale is in the public domain, the film's original creations, including the songs and the names of the Seven Dwarves  - Doc, Grumpy, Happy, Sleepy, Bashful, Sneezy, and Dopey  remain in copyright and cannot be used without permission.

'Peter Pan' was an annual Christmas favourite as a play, and only entered the pantomime world when the copyright expired in 2007.   Copyright in 'The Wizard of Oz' story expired in 1956, but any original plotting, characters and music from the film version are still subject to control.  Purists will argue, of course, that these two subjects are not actually pantomimes.  They are Christmas productions, and sometimes lack pantomime essentials like a Dame and a songsheet. 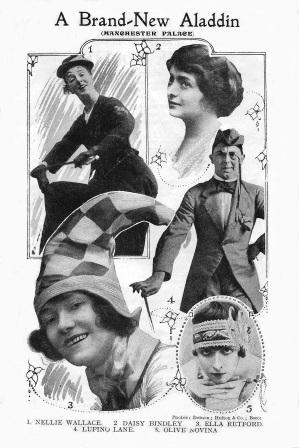 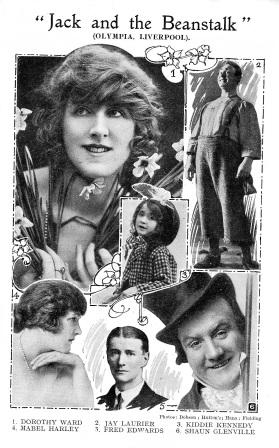 Jack and the Beanstalk (5)

Tom Thumb, or the Old Woman 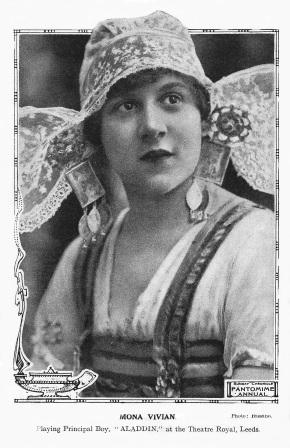