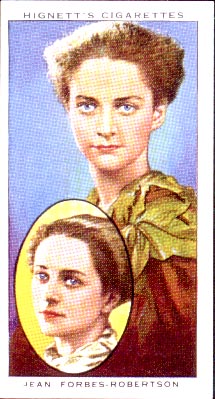 Peter Pan is a relative newcomer to the world of pantomime, despite the fact that it has been a highly successful children's play since 1904. When J.M. Barrie, the author created the play, it was an instant success, and for over eighty years his original work has been performed at Christmas, mainly in London, and later throughout the country.

Barrie donated all the royalties of 'Peter Pan, or the boy who could not grow up' to the Great Ormond Street Hospital for Sick Children, to enable generations of children to grow and flourish. today the hospital still receives generous donations from the producers of the play, but the copyright no longer means that only Barrie's original version has to be performed. Indeed, the Disney film 'Peter Pan' was an exception, and today it is possible to see the original in one theatre, an adaptation at the Royal National Theatre, and a 'Pantomime' style production in yet another venue.

J.M. Barrie, born in 1860, befriended his neighbours, the Llewelyn-Davies family in Kensington. Peter Llewelyn Davies and his four brothers became the first to hear the tales of Peter Pan, and were all in part involved in his creation. 'I made Peter by rubbing the five of you violently together, as savages with two sticks produce a flame. Peter Pan is the spark I got from you', he told them.

Barrie was also the creator of the name 'Wendy'. A colleagues daughter, Margaret called Barrie her 'Fwendy' or 'Wendy', and he used her inability to pronounce the 'r' to create the name Wendy for the very first time. He also invented the term 'Wendy House', still in use today.

'Peter Pan' opened at the Duke of York's theatre, London on 27th December 1904, and was an instant success. The part of Peter was played by the actress Nina Boucicault, and Captain Hook by the well known actor Gerald du Maurier, who was incidentally the real life uncle of Llewelyn Davies children.

Today the story of Peter, Wendy and Captain Hook has been given a new lease with added songs and spectacle. The Lost Boy's island, the crocodile, Tinkerbell and the Mermaid Lagoon continue to fascinate children of all ages when ever it is performed. The adventure of the boy who couldn't grow up looks set to sail on well into the next millennium. In 2005 Peter Pan celebrates its centennial!

In fact recently The Great Ormond Street Children’s Hospital, who receive royalty payments from “Peter Pan” launched a competition to find an author who will write the sequel.

The British author Geraldine McCaughrean beat 100 other writers to win the competition, and her sequel may well be called “Captain Pan”. This will continue to help the hospital by providing revenue after copyright runs out in Europe (2007) and the USA (2023)

One of the judges was Barrie’s Gt Gt Nephew, David. 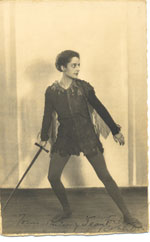 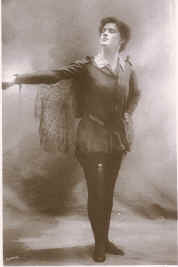