Is Peter Pan a Pantomime? 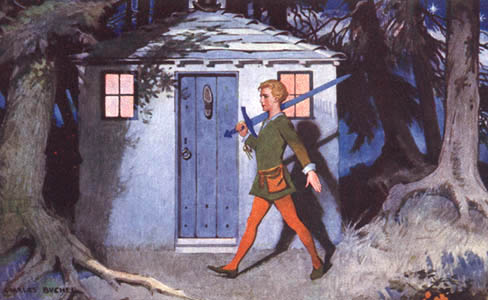 The question is not an easy one to answer. Many argue that it is, simply because it is now often produced at Christmastime, with a cast of popular TV personalities, and involves an element of cross-dressing. A recent production in Southend starred Russ Abbott as Captain Hook, and included a scene where the crocodile walked behind Peter Pan and the Mermaid to shouts of ōitÆs behind youö, and a section where rubber rocks were distributed to the audience to be thrown at the Pirates during the climactic fight scene. In some productions HookÆs sidekick Smee is played by an actor in flouncy costume, Dame in all but gender, and some Peter Pan productions go further by making the tiny part of Liza into a full drag role. Even a relatively ōstraightö production in 2004/5 at the Oxford Playhouse managed to incorporate birthday wishes to kids in the audience ! It is interesting to note that in recent productions the few fragments of BarrieÆs original dialogue which have been retained have always got belly laughs from the audiences. 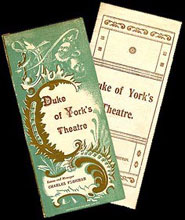 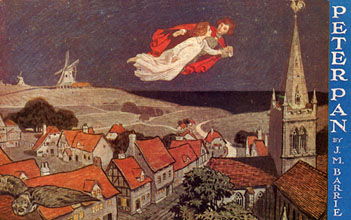 Peter Pan, J. M. BarrieÆs play, was first produced at the Duke of YorkÆs Theatre in London on 27th December 1904, for a limited Christmas engagement of 150 performances. It is doubtful whether the author intended his piece to be considered a pantomime, or even particularly an entertainment aimed exclusively at children. However, the play as originally produced (and now rarely seen) might be considered to have grown out of the Victorian pantomime tradition, despite this being already fifty years or more out of date by 1904. 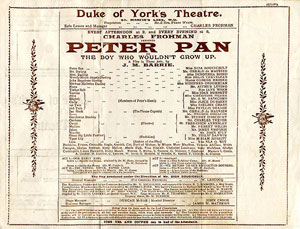 
The reasons for Peter having been played by a young woman for the majority of the playÆs 100 year production history are complex, probably based more on BarrieÆs infatuations with boyish young actresses, and the legal restrictions on children appearing in Edwardian theatres, than a reflection of the Victorian principal boy tradition. In addition, BarrieÆs earliest concepts for the piece included scenes and ideas which clearly grew out of the Harlequinade, although by the opening night only a few oblique references to pantomime remained. The author clearly lamented the loss of the earlier form of the pantomime, and wrote a short play, Pantaloon, which followed Peter Pan into the Duke of YorkÆs four days after closing night. Set in Pantaloon and Columbine's private home it concerned the characters of the Harlequinade in their retirement. In many ways Pantaloon was BarrieÆs farewell to the Victorian tradition, Peter Pan having developed into something much more unique. 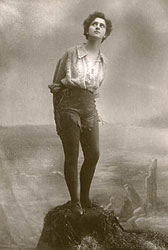 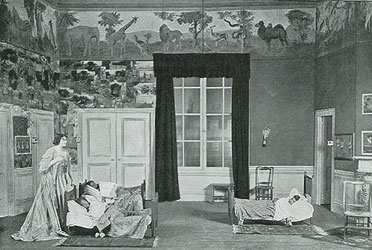 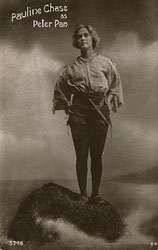 
In the years following the close of the first production Peter Pan was revived every year in London until the 1962 (except during wartime, when the sets were destroyed in the blitz). The mermaids were added in December 1905, with the MaroonersÆ Rock scene, but for many years the production was hardly altered, with the original direction retained and sets and costumes renewed as necessary when they became too tatty. Strangely, the book of the play was never published in the form in which it had been seen on stage. In 1950Æs America the play had a rebirth as a musical, with two new scores by Bernstein and then a young team including Jule Styne, but it was not until 1985 that the latter musical arrived in London, with Bonnie Langford in the leading role. In the 1990s the play then morphed into a traditional English pantomime in the post-war tradition. Productions started to cast famous TV actors in the main parts, and bits of panto ōbusinessö began to be incorporated into the plot. 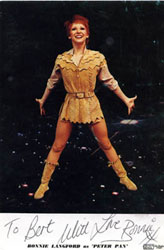 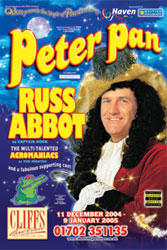 It is a bizarre twist then that Peter Pan, which was founded on some of the principles of Victorian pantomime, and then became a unique entertainment in its own right, should now once again be considered a pantomime by so many theatre-goers.

Peter Pan IS a pantomime.


Adapted by Simon Moss from a piece at his website, www.c20th.com.

A London-based theatre memorabilia dealer, C20th specialises in pantomime ephemera, and is currently hosting a series of pages detailing the full history of Peter Pan. All pictures on this page supplied by and used with permission of Simon Moss.