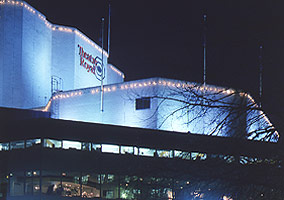 Since its opening in 1982 the Theatre Royal Plymouth has become one of the largest and best attended regional producing theatres in Britain and the leading promoter of theatre in the South West of England.

An ever-expanding range of activity has, in recent years, seen the theatre achieve popular success, critical acclaim and artistic excellence, with annual audiences of over 350,000. Last year 11% of the audience were first time attenders.

As well as welcoming the leading touring drama, opera and dance companies to the South West (including the RSC, RNT, Birmingham Royal Ballet, Rambert Dance Company, Glyndebourne Touring Opera and Welsh National Opera), the Theatre Royal produces or co-produces a number of drama and musical productions each year, many of which go on to find audiences elsewhere, either on tour or in London. Through its partnership with Qdos it presents it's annual pantomimes - Nigel and Peter were of course there over the 2004/5 season and during a conversation with one of the theatres regular dressers Sylvia, it was discovered that she had backstage photos of many of the leading stars of the annual pantomimes almost dating back to its opening in 1982. With her permission, we are reproducing some of them and incorporating them into a history of pantomime at the Theatre Royal which was put together with information from the theatres website www.theatreroyal.com 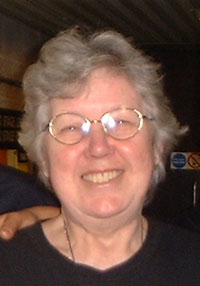 To Sylvia, of course, and to Mark James who was very helpful in pointing out that the 1988 Pantomime was Robinson Crusoe starring Ruth Madoc (and has promised some pictures in due course!). We are also very grateful to Michael Butcher for his pictures of the Pantomime Exhibition from the pantomime season 2003/4 which celebrated the Theatre's 21st Birthday and also a huge thank you to the Theatre Royal Plymouth (Steve Coffey) for supplying some additional pictures for this article. Mark James has also supplied information that Peggy Mount did not appear, as advertised, in 1984's Mother Goose with Danny La Rue because she was ill - her part was taken by Patsy Rowlands. 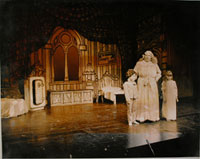 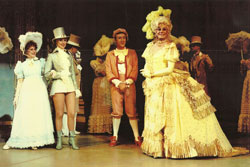 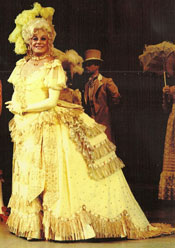 This 'preview' production then headed for Aberdeen for the pantomime season 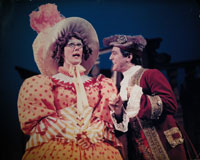 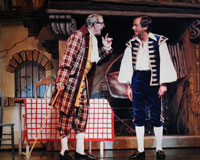 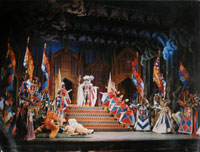 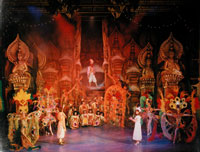 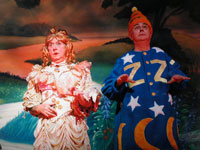 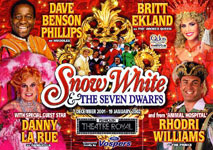 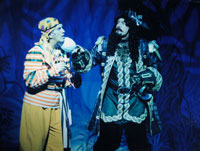 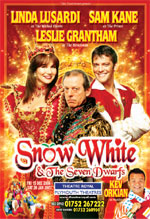 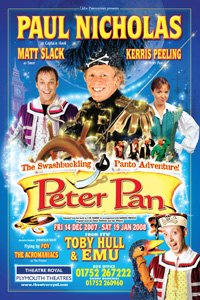 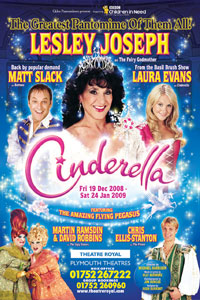 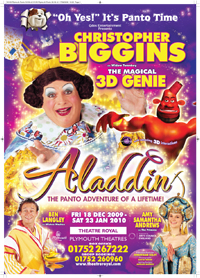 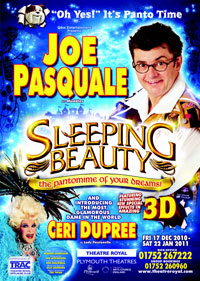 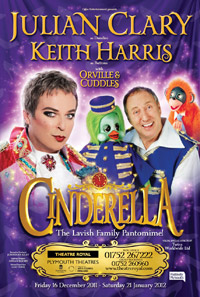 If you have any further information or images they would like to share, please let us know by emailing us

As part of the 21st Celebrations of the Theatre Royal Plymouth, an exhibition of pantomime pictures and posters was displayed in the Circle Foyer for the pantomime season 2003/4. We are grateful to Michael Butcher for the following photos which do not enlarge. 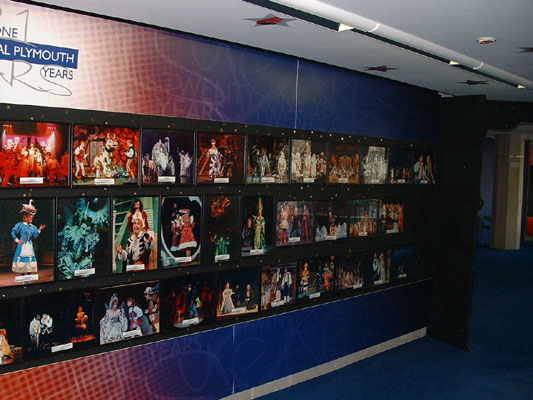 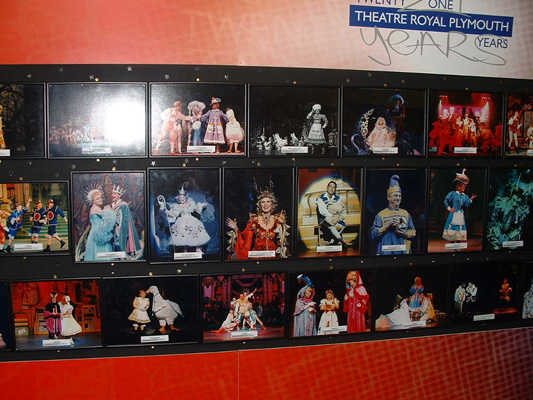 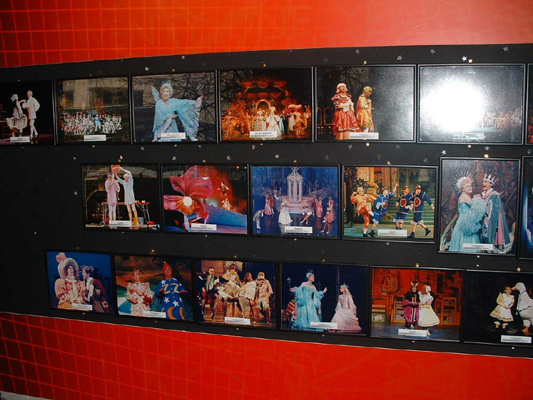 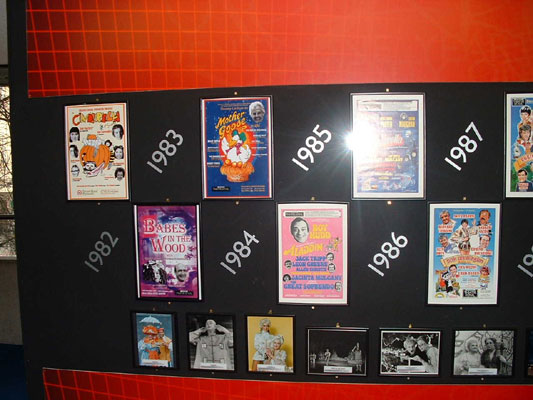 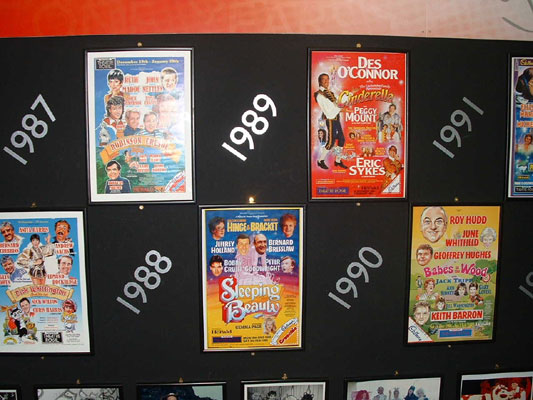 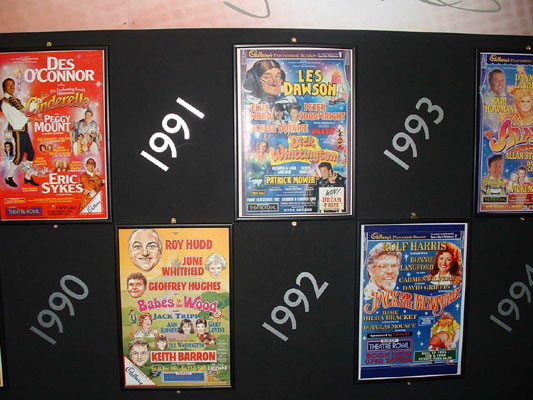 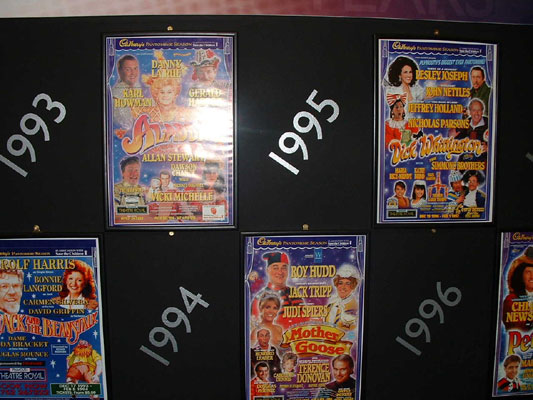 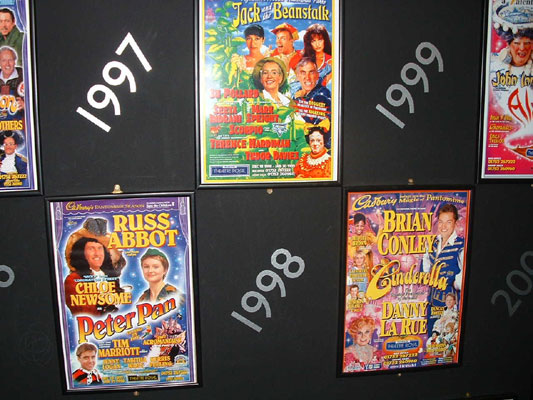 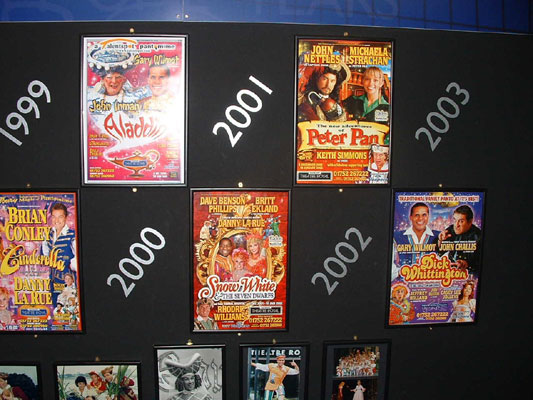