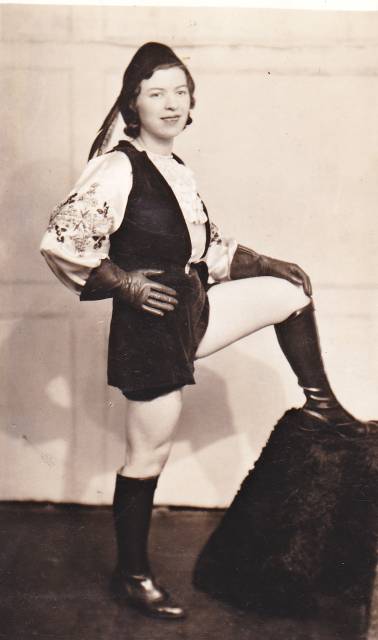 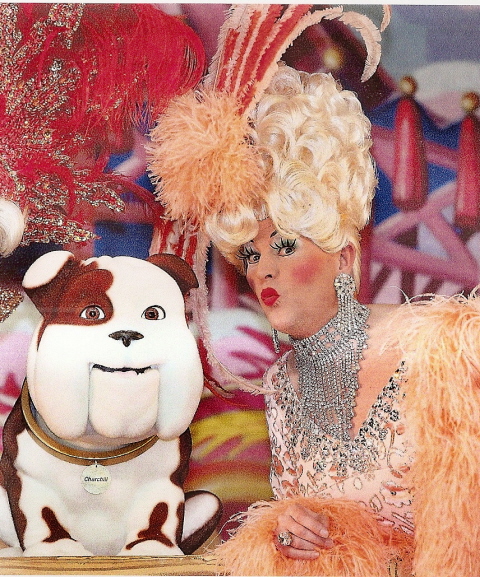 Newcastle’s own Dame Rita recently sent me a few photographs of his Grandmother and Great Grandmother- Chris is a third generation “Trouper”, following in the footsteps of his Nanna, Rene Mills and his Great Grandmother, Rita Mills.

It was Rene who first appeared in pantomime as a juvenile in the Dorothy Ward and Shaun Glenville “Mother Goose” at the Hippodrome Theatre, Newcastle 1925.

This Pantomime was produced by Wylie-Tate and also featured Eddie Jaye, Vera Vere and May Tomlinson. 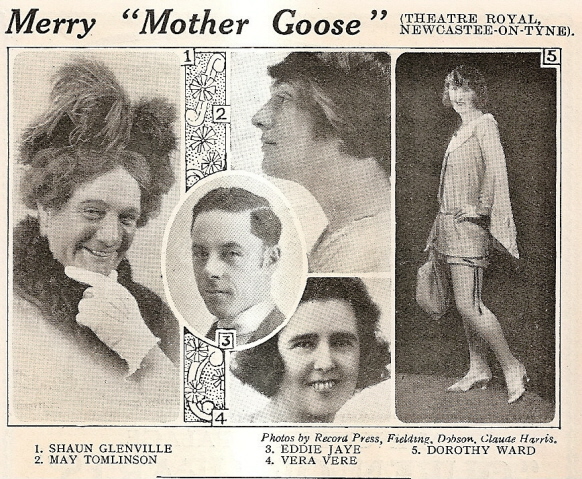 Born in 1913 Rene would have been around twelve years old, and made appearances in panto – becoming one of the “Rubettes” troupe, pictured here at the Garrick Theatre in London when she was in “Robinson Crusoe”. The “Specialty” numbers performed by the troupe included the “Boat Race” number and a Toy specialty to the tune of “Wedding Of The Painted Doll”. 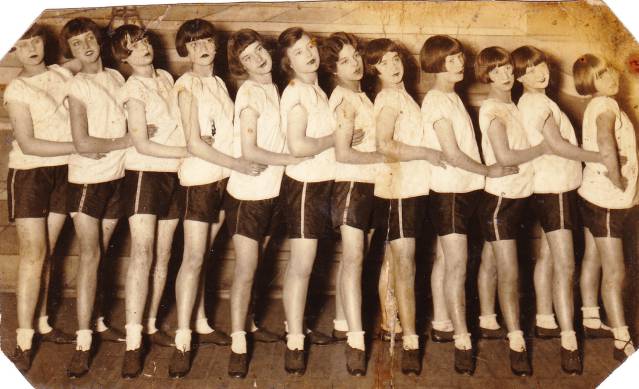 Rene can be seen centre- she had refused to cut her marcelled hair into the Twenty’s bob style, and third from the right is her step-sister Madge Mills. The year was 1927.

One of the stars of “Robinson Crusoe” was Rita Russell who played Polly Perkins. She was the sister of famed comedian Billy Russell, a veteran of pantos. The “Prima Ballerina” of the show playing “The Spirit Of The Waves” was Dorathea Batchelor- daughter of The extremely wealthy Mr Batchelor who gave the country Batchelor’s Peas”. 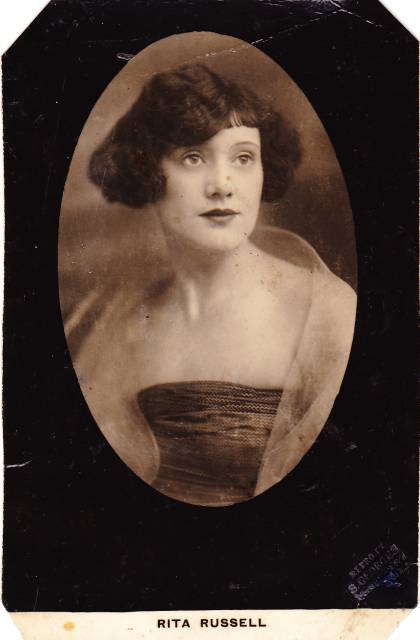 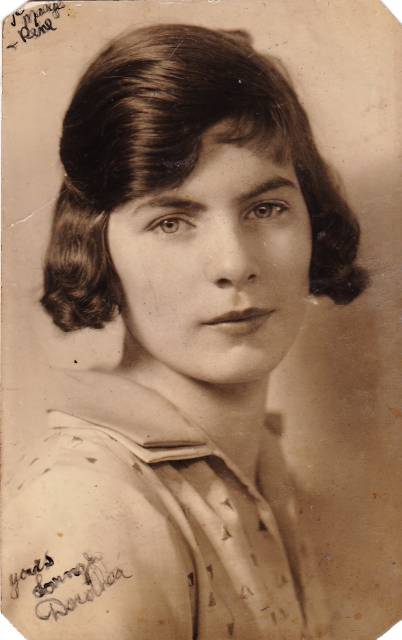 The pantomime curiously only played matinees, with the evenings given over to a performance of “Dracula!”

When Chris’s Gran Rene left “The Rubettes” she was instrumental in persuading her Mother to set up a troupe of her own, which became The Rita Mills Girls in 1930. 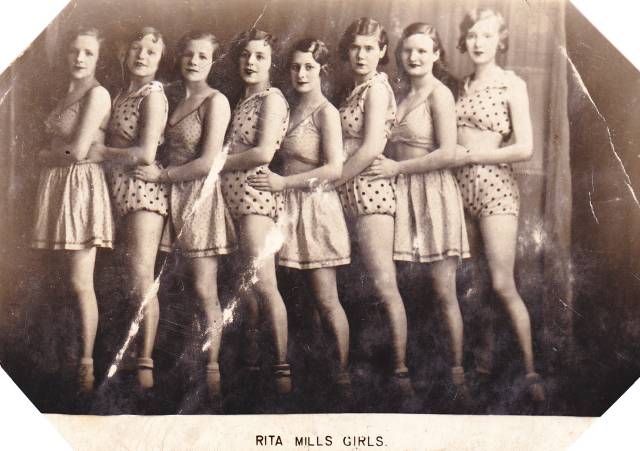 By the 1940’s Rene was a singer and performer and was fronting the Constance Lockett Girls, who performed in panto. The producer was Bert Loman, and this photo is from the Hulme Hippodrome. 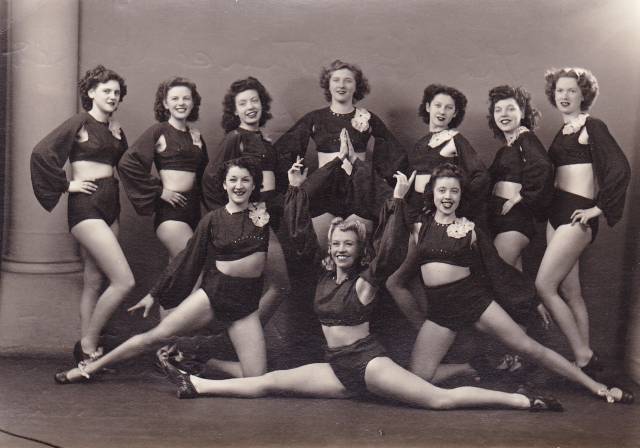 Rene performed in the pantomime “Old Mother Hubbard”. The tradition for this show was for the Dame to be played by a female comedienne- Iris Sadler was the Dame in three of these Tommy Shaw Productions. Iris was in fact married to Tommy’s Son who appeared in the pantomimes. When Iris left the role was taken over by Hilda De Rose, and the young lady pictured as Mother Hubbard’s dog, was Hilda’s daughter, called Hilda Ayesbit. She was an acrobat and, for this pantomime a skin artiste as well. 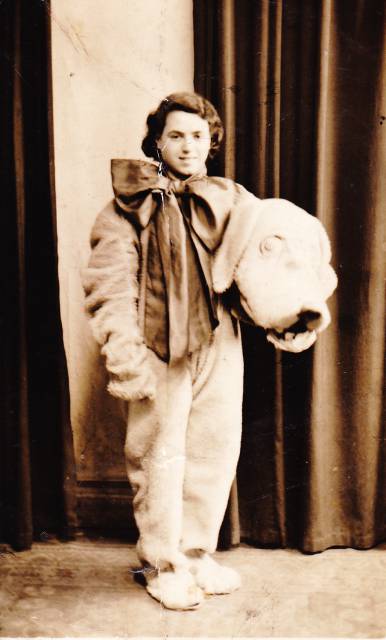 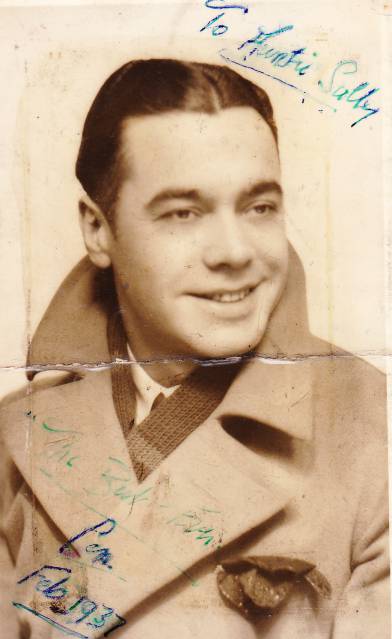 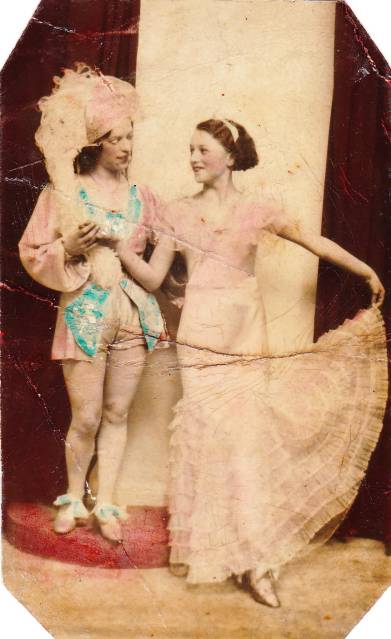 Rene’s co-artistes included the dashing actor singer Con Vince (That must have taken his agent a while to invent that name!) who specialised in Baddies, -Pictured above, and Trixie Reid, Principal Girl. 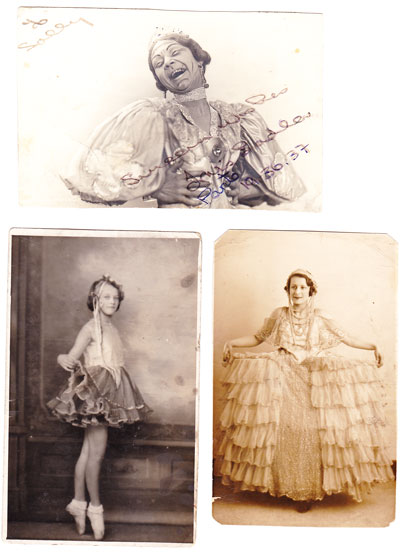 These wonderful photographs from Rene’s scrapbook shine a light into the world of pantomime during the Twenties and thirties. Seeing Rene with her fellow Rubettes, all elaborately made up and drilled with the average age of about fourteen and fifteen, seeing her with the troupe of Bert Loman’s lovelies at the Hulme Hippodrome, and the charming picture of Rene in a borrowed Principal Girl’s gown in a backyard at Barnsley- it captures the spirit of that age. 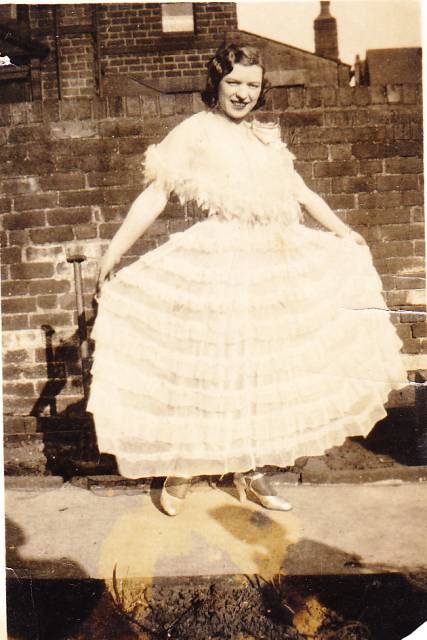 Chris tells me that very carefully stored amongst his collection of over 90 costumes (This Dame really should learn to downsize sometime- fortunately they are not all for one pantomime appearance!), he has those treasured leather gauntlets as worn by his Grandmother Rene in her photograph as Principal Boy (at the top of this article). Third generation panto artist and proud! Thanks for sharing these Chris!