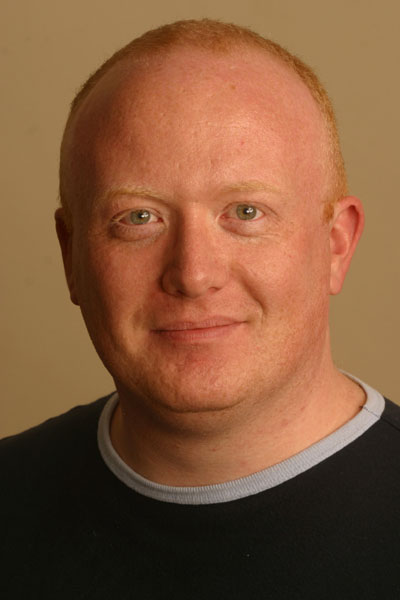 Simon Curtis was born in Hertfordshire, well let just say it was a few years ago!

He first started performing at school, involved in school productions of The Dracula Spectacular and Grease (Teen Angel!). On leaving school he joined some of the local amateur operatic companies performing in over 50 shows predominantly at the Kenneth More Theatre in Ilford (where he met a certain Nigel Ellacott). He performed in musicals, plays, pantomimes, operetta and opera - too many to list here! He has also been a musical director for productions of Chess, Half a Sixpence, Salad Days, Oklahoma!, Anything Goes, Sweeney Todd and 42nd Street. Behind the scenes he has been Stage Manager and DSM for productions, making Peter Pan fly and in perhaps his finest hour, forgetting to put the brake on the safety curtain at the beginning of a production of Follies bringing the show to a grinding halt!

After doing what most people consider to be a proper job for 10 years he turned professional in 1996 and since then he has performed with many of leading opera companies throughout the UK. Simon has sung an Apprentice in Die Meistersinger von Nürnberg at The Royal Opera House, Covent Garden and has also performed Ligeti’s Le Grand Macabre with London Sinfonietta Voices at the Châtelet Theatre in Paris (recorded by Sony Classical). With English Touring Opera rôles include Macduff Macbeth, Un Paysan La Fille du Régiment and 1st Prisoner Fidelio. As a member of the D’Oyly Carte Opera Company he has taken part in productions of Iolanthe, Count of Luxembourg, The Mikado and covered the rôle of Ralph Rackstraw in HMS Pinafore (subsequently recorded by TER). He was also a member of The Glyndebourne Chorus and covered the rôles of Andrew in Sir Harrison Birtwistle’s The Last Supper (2000 tour & 2001 festival) and Jaquino in Fidelio (2001 festival). Rôles elsewhere include Ernesto Don Pasquale, Eisenstein Die Fledermaus, Don José Carmen, Title rôle Albert Herring, Pong Turandot, Title rôle Faust, Ferrando Cosě Fan Tutte, Sou-Chong The Land of Smiles (Pocket Productions) and Cyril Princess Ida (G&S Opera Company)

On the concert platform his work includes Elijah, The Creation, Verdi Requiem, Mozart Requiem, Lloyd Webber Requiem, Schubert Masses, Mozart Masses, Haydn Masses, Rossini Petite Messe Solennelle and Geoffrey Burgon’s’ The Fall of Lucifer conducted by the composer. Simon has performed at the Royal Albert Hall, Queen Elizabeth Hall, St Johns Smith Square, St James Piccadilly and many venues both in the UK and Europe. He has also performed in Waltz of My Heart with Lorna Dallas as part of the International Festival of Musical Theatre in Cardiff.

Simon has been a conductor, vocal coach and arranger for Sing Live UK, course tutor for the National Youth Choir of Wales, Director of the Royal Welsh College of Music and Drama's Community Choirs, worked with the WNO Community Choir on an operatic FlashMob and Musical Director and Founder of City Voices Bristol. He is also a member of the corporate entertainment group TLM Productions. He has been Music Director of City Voices Cardiff since 2008.