Recently we were contacted by Sue White, she had been directed to IBY by her sister Judy Staber (White) who contributed an article about their life at Silverlands. Sue now lives in Spain and has contributed the following article about continuing the pantomime tradition in Spain. 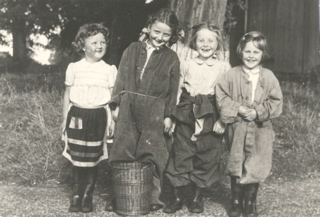 I moved out here in the early eighties to a a little mountain village called Bedar in Almeria. Our first theatre group was called Espiritu de Bedar and our first panto was Aladdin. This was performed in the open air in the Town Hall Square and at the local Camp Site around the swimming pool and featured the late Les Francis as the Dame and his wife, the lovely Caroline, as Aladdin with myself as the Fairy Queen. I really felt that I was following in my mothers footsteps (Joan White). This company then evolved into The Indalo Players who next performed Cinderella with myself playing one of the Ugly Sisters with my partner in crime Richard Johnson. You can see us both below in the photo with Tracy Hubbard as a very bubbly Buttons. Our next production was Snow White and the Eight Dwarfs and I played one of the Robbers with Carole Roderick as my sidekick. The company is still going strong but alas we don't have a pantomime this year - we'll be back next year! 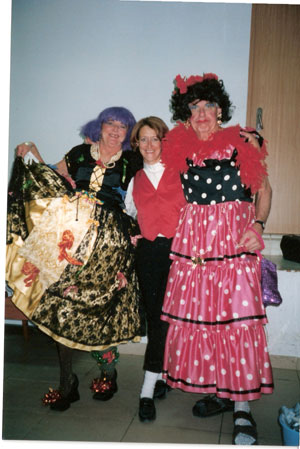 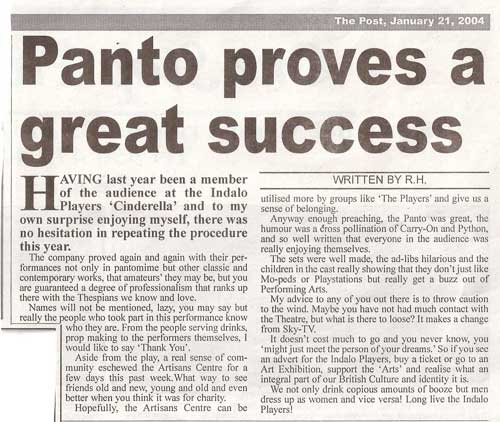 Like the USA, Panto had never been done before in Spain but the Spanish, especially the children, went for it in a big way and got very carried away in the hissing and booing bits so its really alive and well out in Espana. Our main problem is the fact that we have no actual theatres here, so its very hard finding a venue. Most of them have large pillars situated where they should not be BUT we persevere and I now have my own theatre group called The Parasol Players. We put on various plays and musicals, as well as bringing one person acts/plays out from the UK. We'll keep you updated how this goes and I hope to be able to send you a photo or two to go on the website. We hope also to put on a panto written by my son Ronnie Horton, who also lives out here, and who like me is striving to keep theatrical events alive and kicking in this part of Andalucia.

SEE ALSO - How Lucky Can You Get? By Dan Taylor

SEE ALSO - MY LIFE AT THE ACTORS ORPHANAGE by Judy Staber