Late January this year I had the chance to visit Panto Pals in Birmingham and Nottingham, and thoroughly enjoyed “Aladdin” at The Theatre Royal in Nottingham and “Dick Whittington” at the Hippodrome Birmingham, and to catch up on all things Dame with Andrew Ryan and Jeffrey Holland. Once  the pantomimes finished- the scenery was struck and at the Hippodrome the giant mirrorball that heralded Joan Collins’s entrance was shipped off along with Twankey’s Mangle (A neat vanishing trick in itself) and returned to the store at Beverley.All around the country pantomimes  packed away their costumes and props, and the curtain fell on a season that saw audiences and cast and crew struggling to get to theatres through snow and ice. The coldest December since 1909 I believe? Even so those audiences did brave the weather, and in most cases the shows did go on- despite the onset of ‘Flu and bugs that swept around theatres countrywide this season. Hoorah for those who made it in to perform and to those who braved the roads to watch- all in all I think the theatres caught up in time and in most cases played to near capacity business.IBY regular Michael Butcher sent me a series of photos he took of the current Panto Exhibition at the Hippodrome Birmingham- Michael reminded me that the exhibition is in the lower foyers of the “Hippo”, and has been extended since my last visit. Here are some of Michael’s photographs. When I took a look myself  the collection of posters, programmes and photographs was fascinating, and I was delighted to find a good few photos of Peter and I as “Sisters” up on display, as well as some material supplied by its-behind-you.com. I’m not sure if this exhibition is going to be on for a long time (it certainly looks permanent) and I admire the way it has been connected in a “time line” giving headlines from the newspapers for each year of the panto. If you get a chance, take a look. It is a great trip down memory lane! Michael’s selection of pictures illustrate magical panto years such as the Des O’Connor “Cinderella” with Peggy Mount, my pantomimes there with Rolf Harris, Judy Cornwell, Robin Cousins skating across the stage and Brian Conley’s “Dangerous Buttons” routines- Pantomimes stars such as Billy Dainty, Larry Grayson, Alfred Marks, Cilla Black, Harry Worth, Les Dawson, Danny La Rue, Norman Wisdom (With Qdos Director Jonathan Kiley, director and producer of this year’s pantomime- in an early panto role!), Charlie Drake, Dickie Henderson, Ken Dodd, Mathew Kelly, The Chuckle Brothers, and a great many of the pantomimes presented by Paul Elliott and Peter Tod. The gallery also features the most recent stars including John Barrowman and, of course Joan Collins, Julian Clary, Nigel Havers and Keith Harris. The exhibition ends with last year’s spectacular “Sleeping Beauty”, presented by Michael Harrison with Joe Pasquale and Ceri Dupree. A fabulous free exhibition if you are in the area! 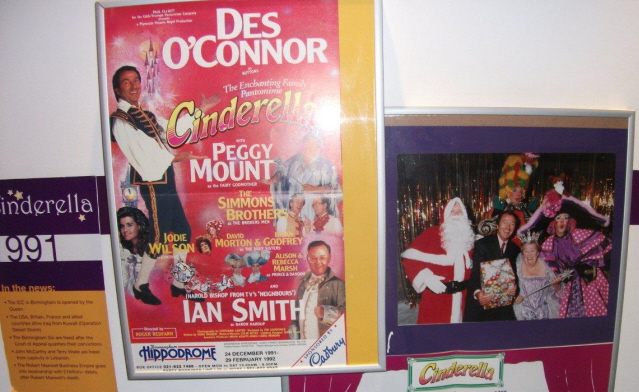 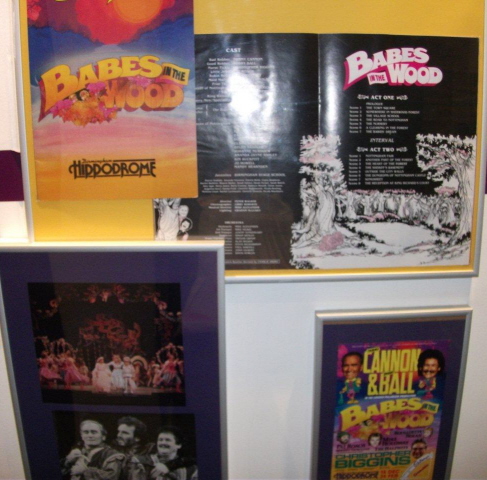 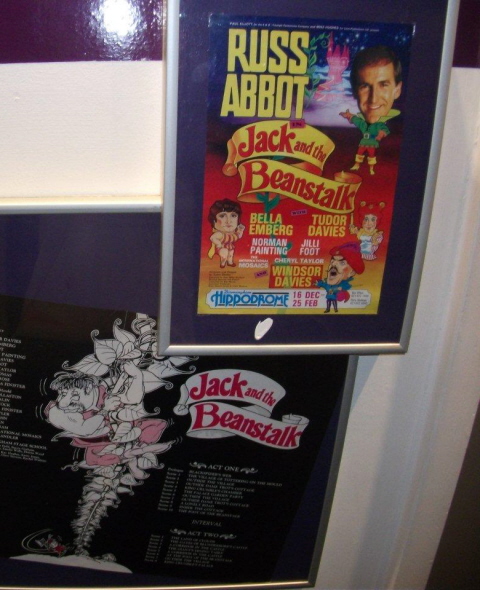 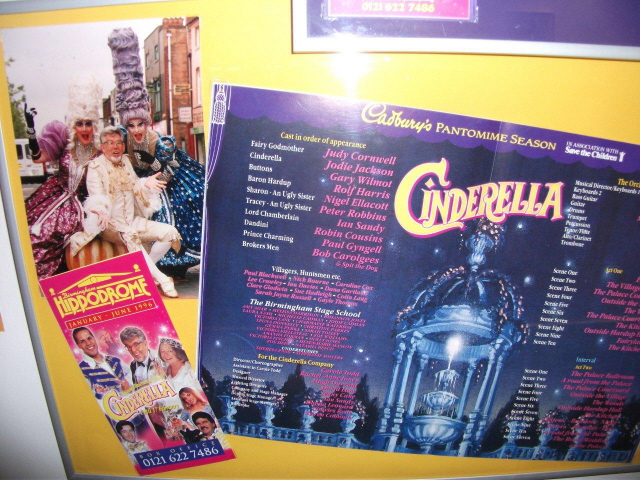 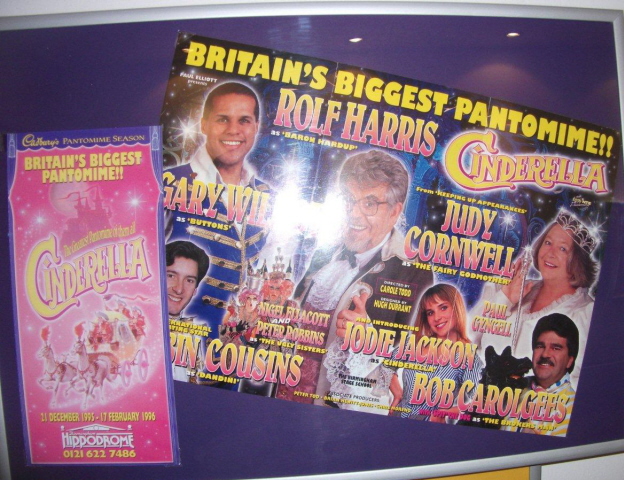 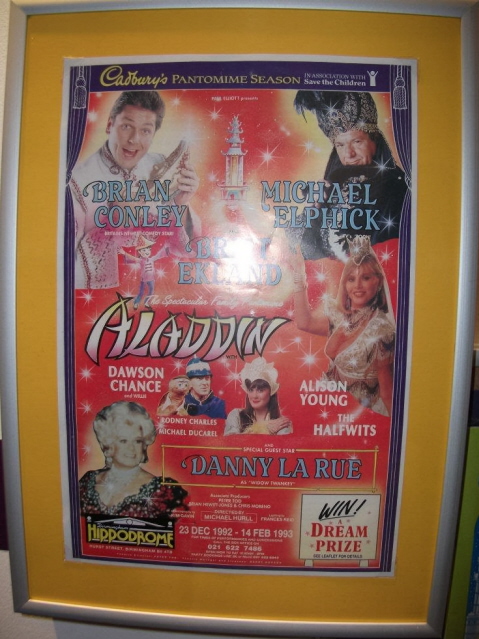 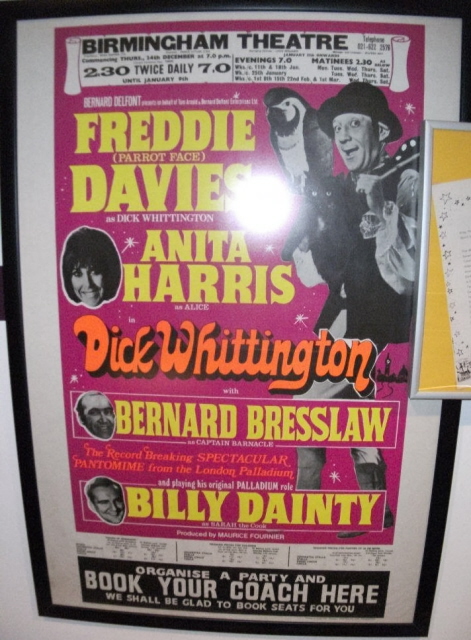 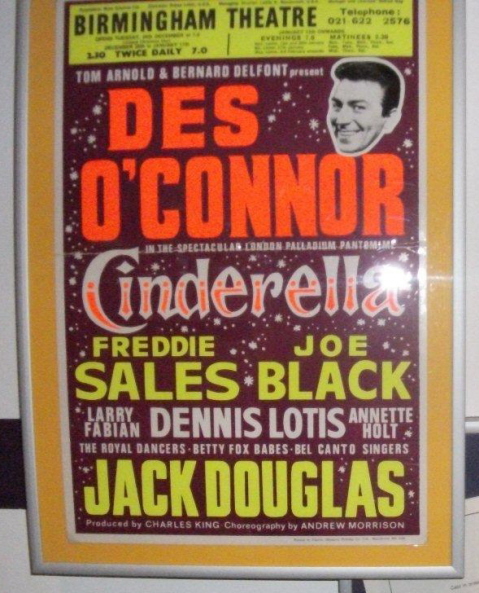 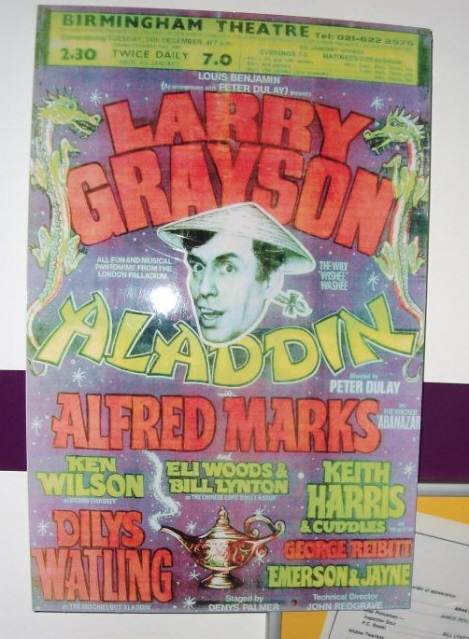 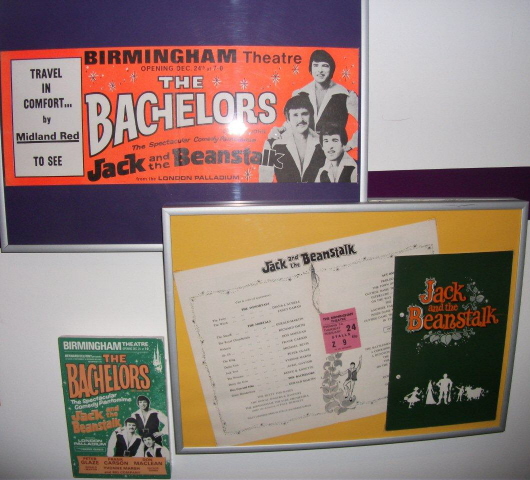 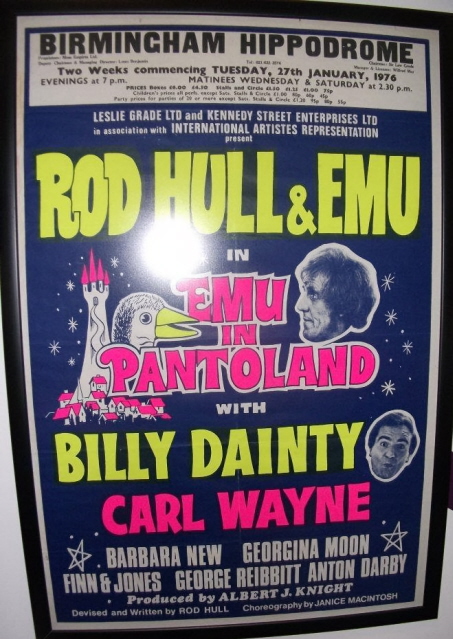 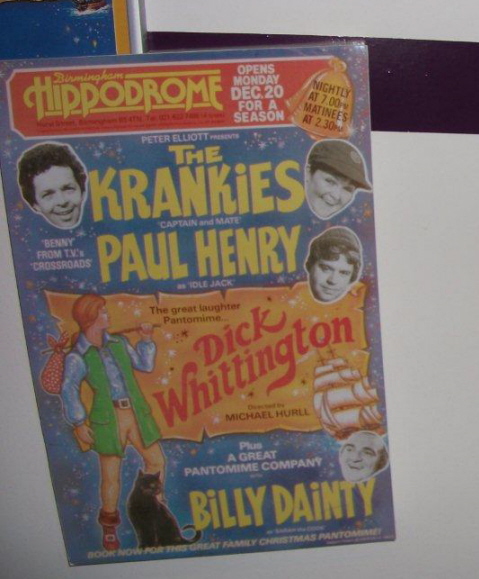 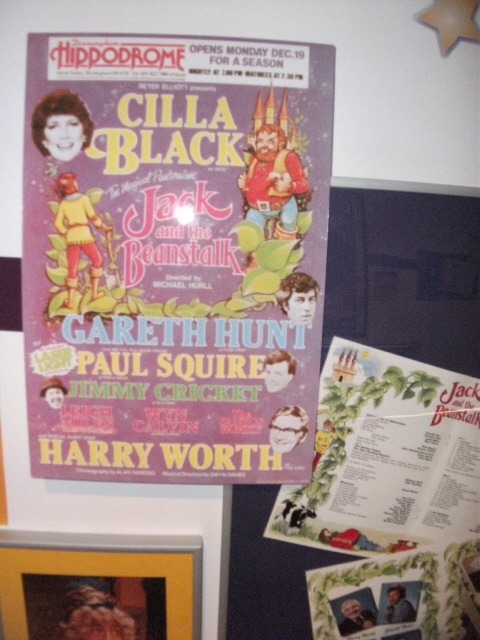 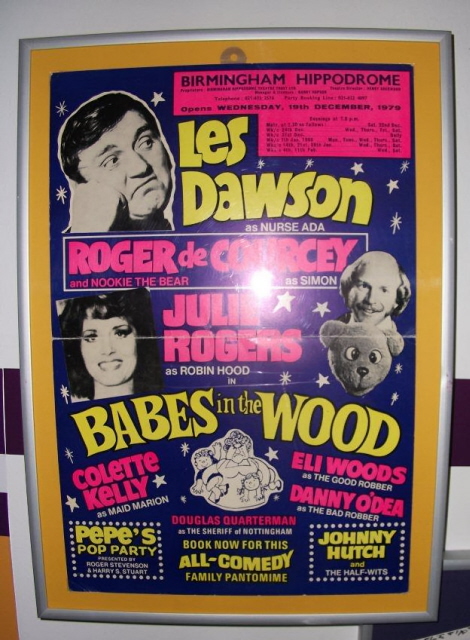 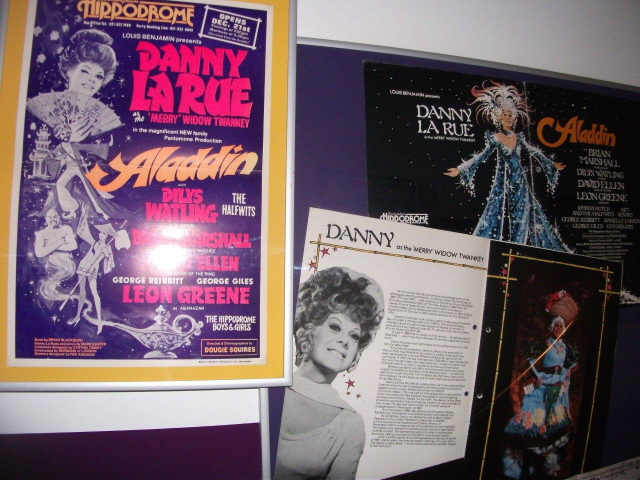 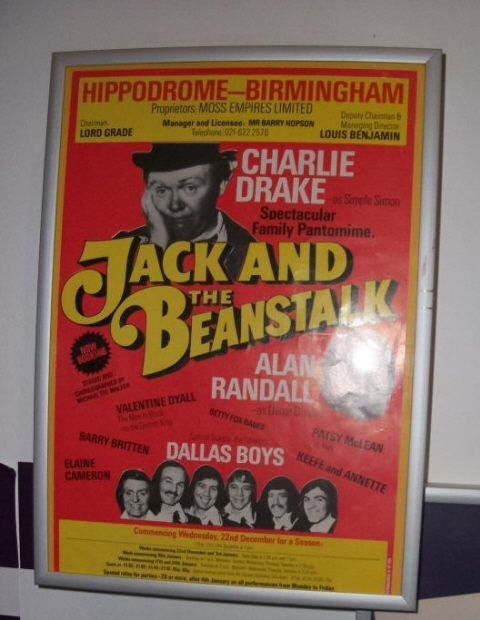 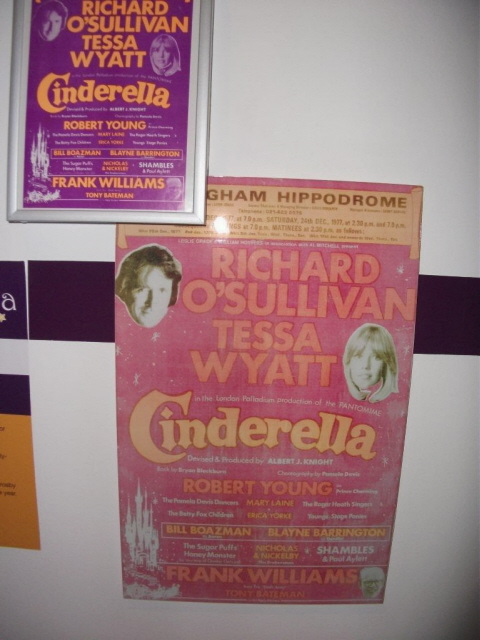 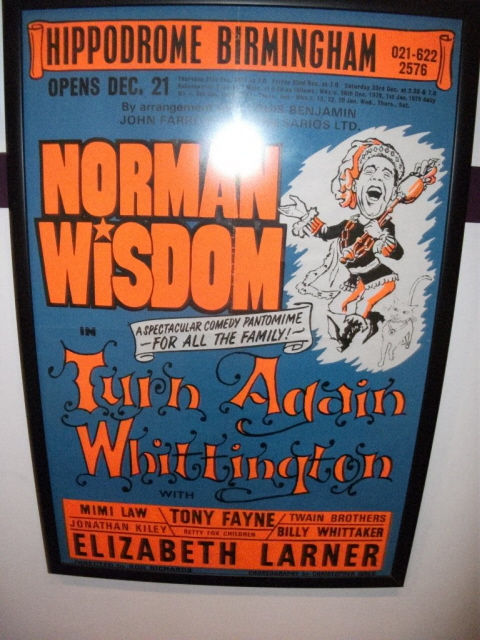 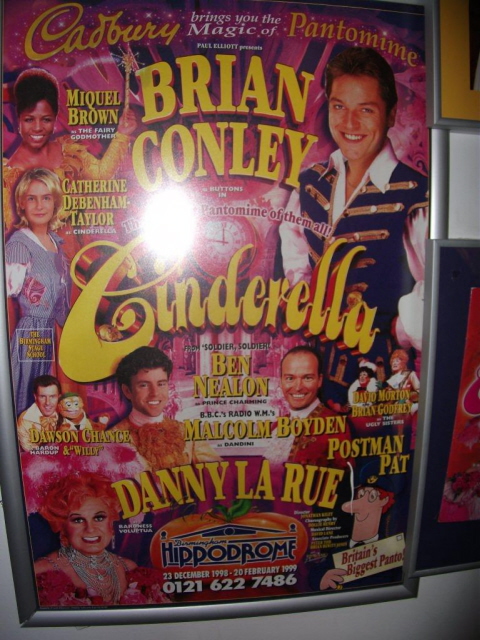 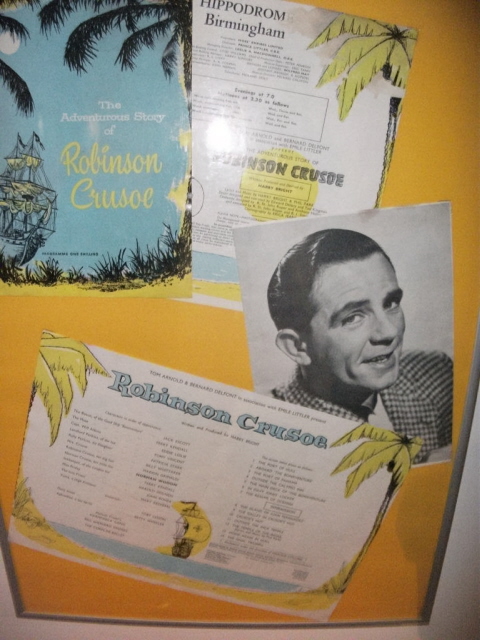 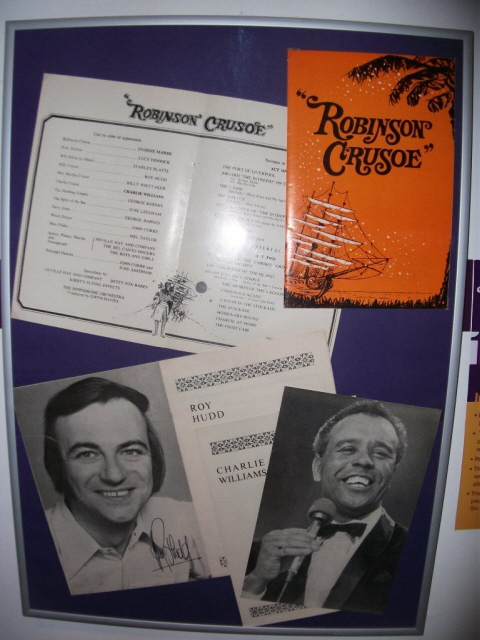 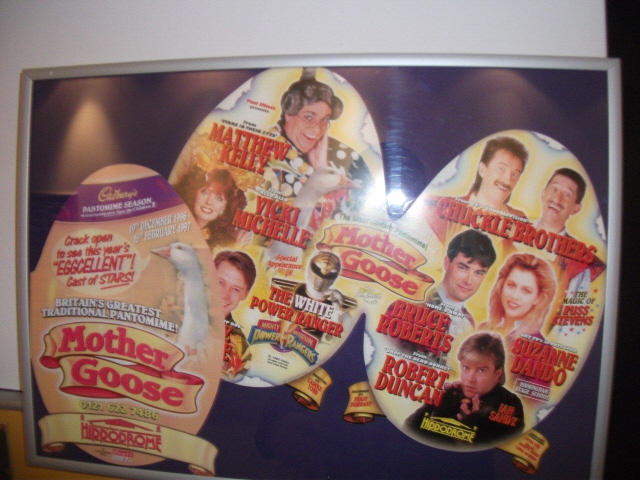 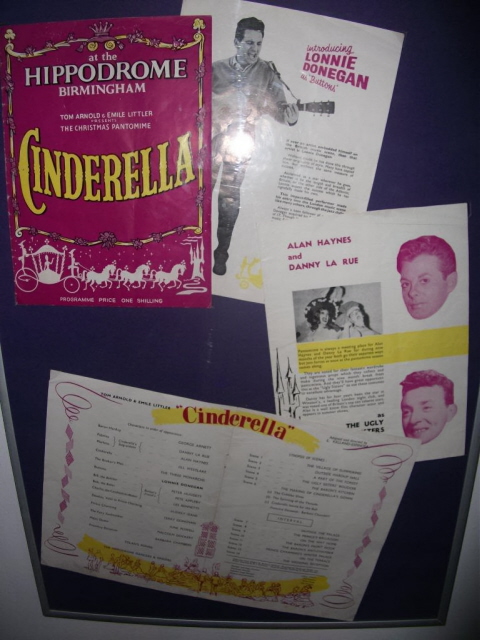 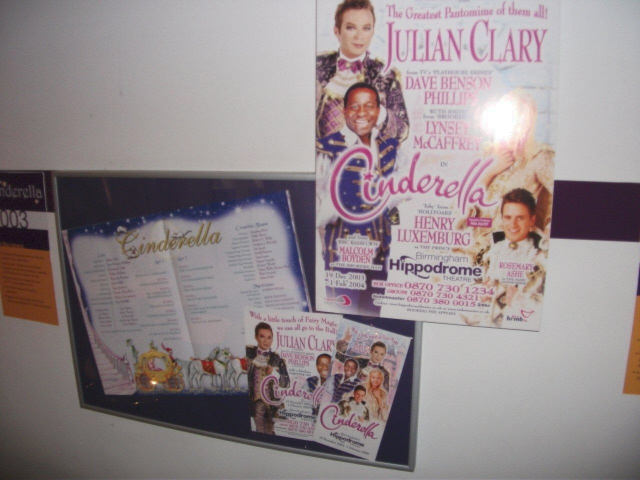 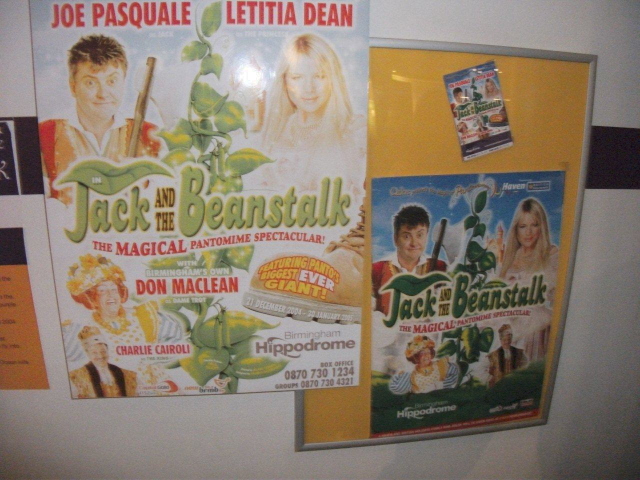 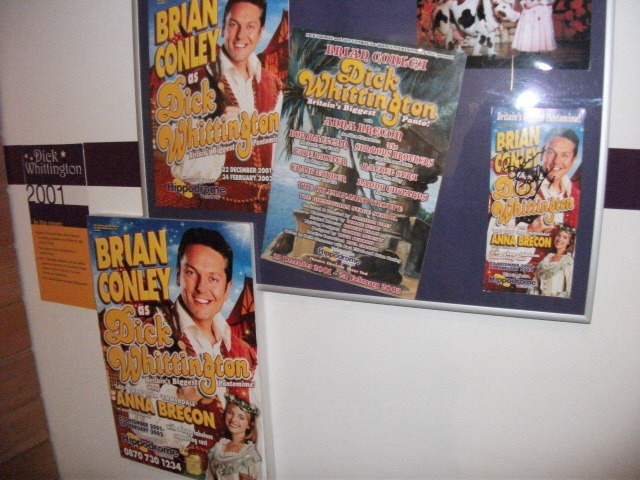 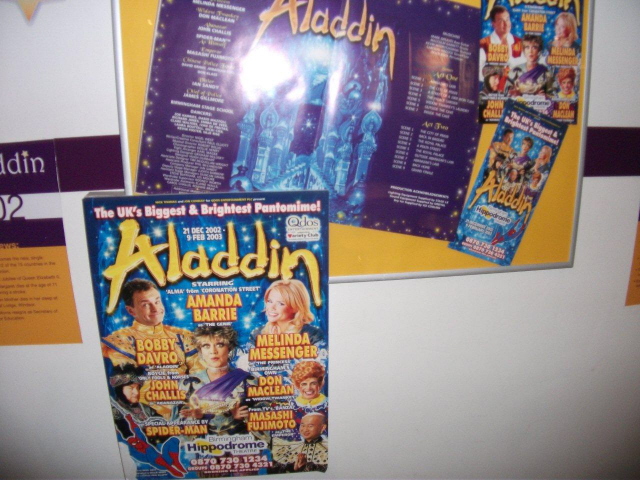 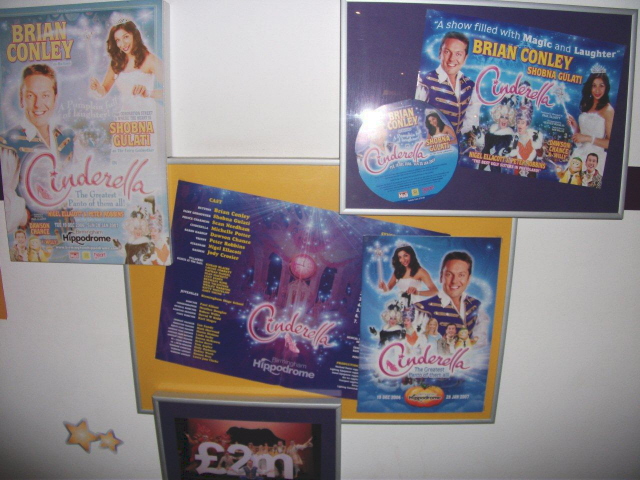 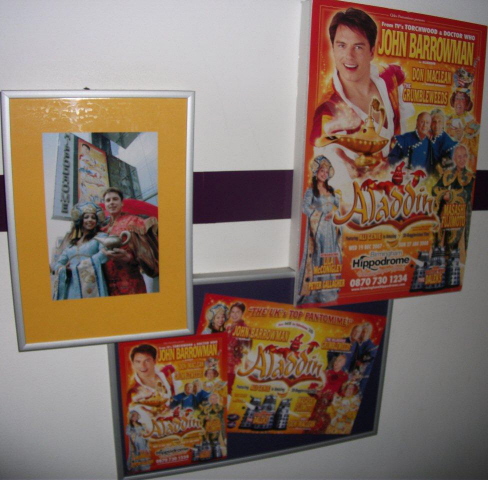