Aladdin and his Wonderful Lamp

Last year, Dacorum Pavilion, in Hemel Hempstead, delighted families of all ages with its first professional pantomime in over twenty years! Such was the success of Jack and The Beanstalk that this year the venue will once more be staging a large scale family pantomime, the magical production, Aladdin and his Wonderful Lamp.

This enchanting show has been created especially for Dacorum Pavilion, a real treat for the local area! The production will amaze and delight all the family with its stunning sets, marvelous music, colourful costumes, spectacular illusions and magical effects, including an amazing flying carpet!

The story follows the exploits of Aladdin, a young peasant boy who lives in Peking with his mother (Widow Twankey) and brother (Wishee Washee). Evil Abanazer enlists the help of Aladdin to retrieve the magical lamp from its secret cave, but Aladdin accidentally releases the mystical Genie of the lamp and as a reward is granted three special wishes, resulting in great wealth. Aladdin is now rich enough to woo the beautiful Princess Jasmine! But Abanazer, still after his magical lamp kidnaps the Princess and takes her away to Egypt. Aladdin sets off to rescue his love (ably) assisted by his mother and brother!

Aladdin runs between Wednesday 19th December 2001 and Sunday 6th January 2002, with both matinee and evening

shows, plus the 7pm performance on Thursday 27th December will include a British Sign Language interpreter for those who are deaf or hard of hearing.

Tickets cost from only Ł6.50 for children and Ł9.50 for adults with further discounts for Dacorum Card holders, and if you want to bring along a crowd there's great savings on group bookings too! Call the Dacorum Pavilion Box office for more information on 01442 228700.

Whatever you do this Christmas make a visit to see Aladdin at Dacorum Pavilion one of your three wishes! 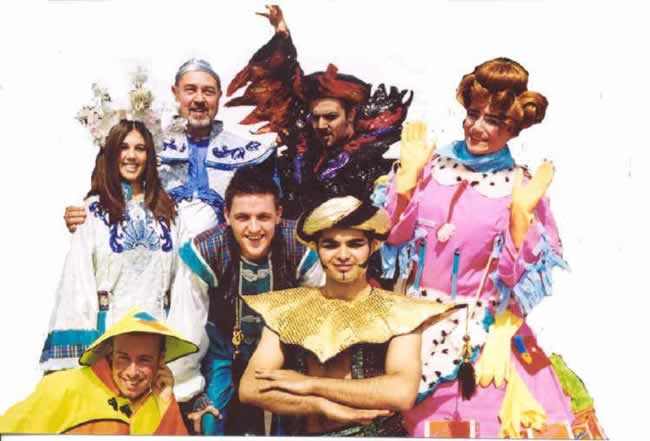