Extracted from article 'Julie Andrews - A Selling Exhibition of Her Stage Career by Simon Moss at c20th and used with kind permission.

The springboard of Julie Andrews' career, it was while appearing in the title role of the London Palladium 1953 pantomime that she was spotted by the producers of "The Boyfriend". This Broadway role would make her name in America, and lead to the movie roles for which she is most famous. "Cinderella" was the West End's only panto in that season, and much comment was made about the adult humour contained in the show. Not surprising really, as the script was by a young team of writers including Spike Milligan ! Julie was not the only cast member who would go on to greater things, 'Buttons' was a young comic called Max Bygraves, and Jon Pertwee (a future 'Doctor Who') was one of the ugly sisters. Richard Hearne ('Mr. Pastry') performed his famous lancers act, and was at one point trapped in an automatic washing machine ! This truly was one of the first "modern" pantomimes ! 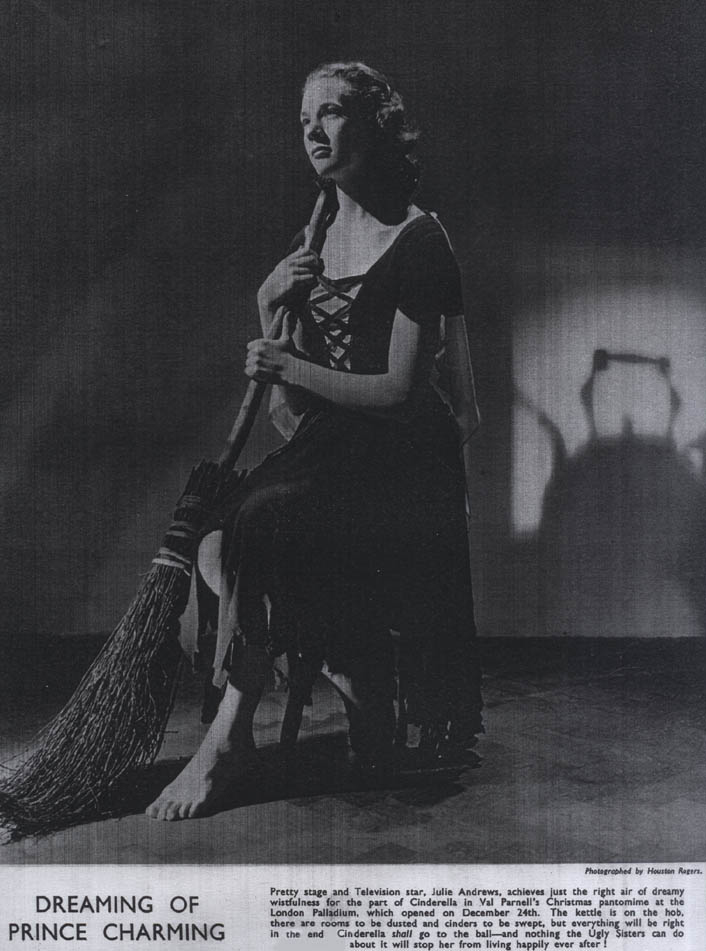 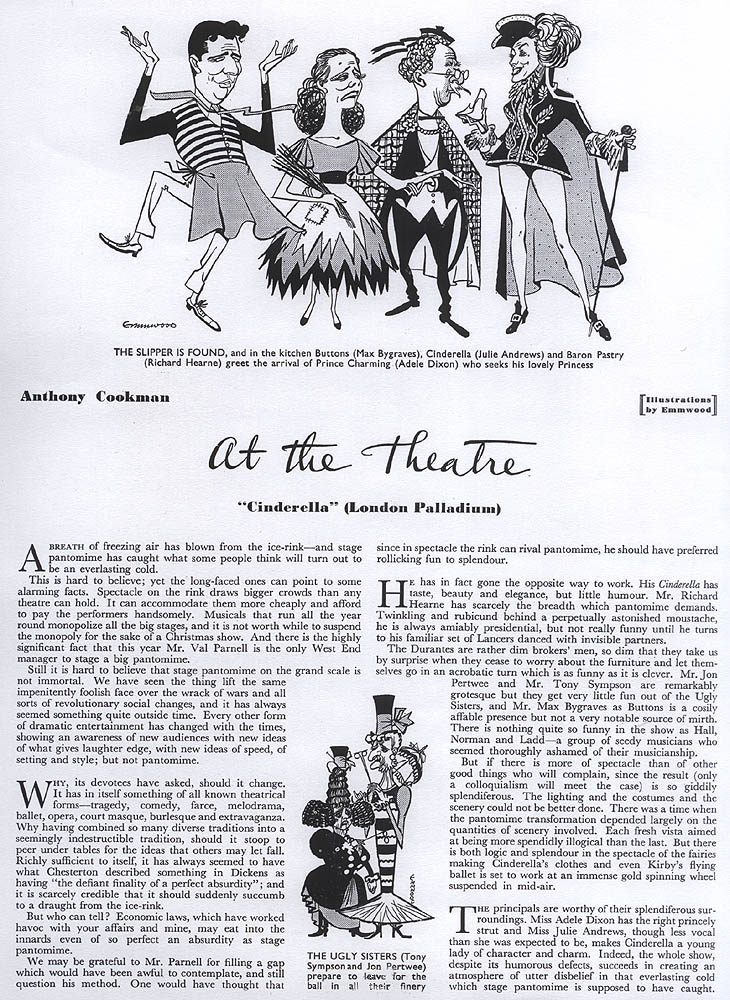 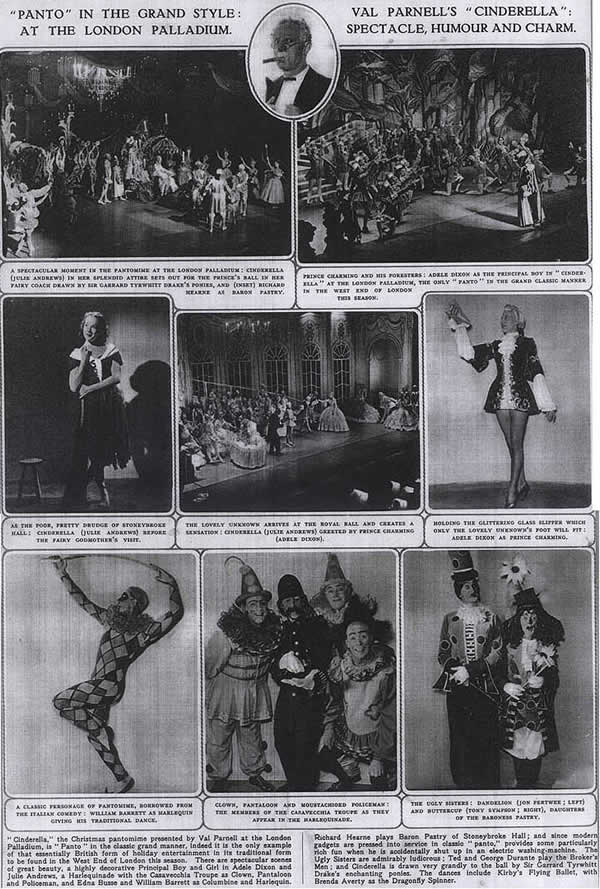